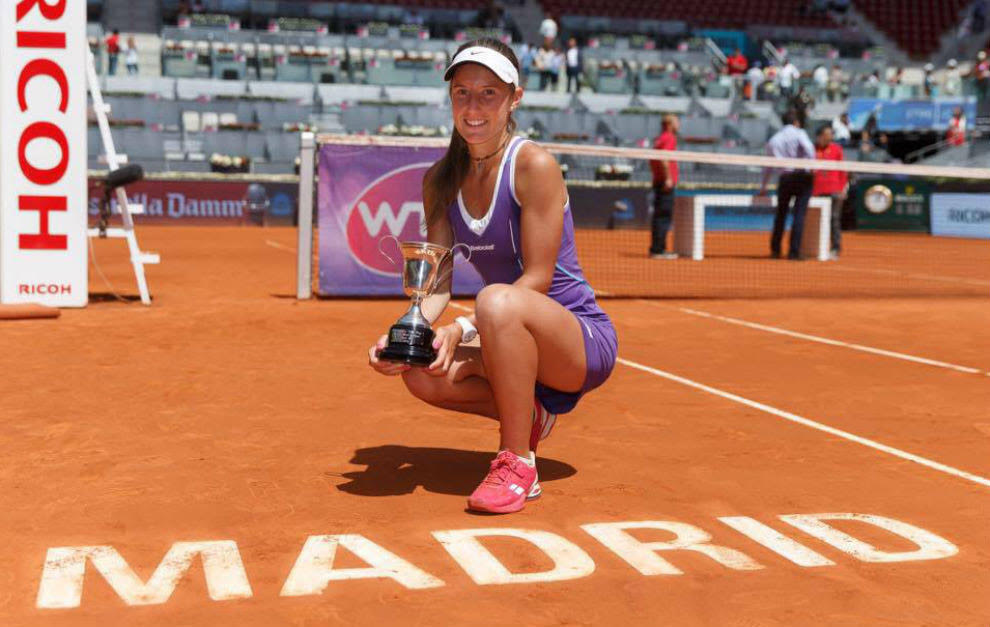 The Institut Català del peu, official biomechanical department of the Catalan Tennis Federation, has different biomechanical analysis systems and other tools, like the muscular electromyography, which is capable to measure the movement in the tennis court, as well as the muscular activity at the same time. It is very important in order to detect shortfalls, not only in the technique, but also at a functional level.

The first tennis player who has visited us in the month of March has been Marina Bassols. Marina is a young tennis player with a great sporting curriculum. She is ranked 13th in the Spanish absolute, she is number 338 in the singles WTA and number 232 in doubles WTA. She has recently got a 5th ITF Professional Title of $15000 Manacor champion II sub 23 National Future Master of Rafa Nadal Academy, champion by teams Absolute Spain’s championship with RCT Barcelona or $25K doubles champion El Espinar of Segovia, among others.

The role of sporting biomechanics is having a great interest on the last years. We are doing a great job in the tennis area with the Catalan Tennis Federation which, in the case of the biomechanical analysis to their tennis players is focused a lot on the prevention of lesions and the improvement of the performance both outside the tennis court and in the tennis court. Our task with Marina involved analyzing a funcional assessment in the tennis court outside the real game, but, of course during the imitation of technical gestures like displacements and when braking, aggressive brakes, etc. and during the game, we were focused on the technical implementation of the different kinds of services, the right and the backhand, evaluating in every moment both the movement and the muscular activity.

Fitmetric, the biomechanical project of the Institut Català del Peu, is receiving great supports from the professional sporting  world with high-ranking sportsmen in different sporting disciplines. In the case of tennis, the support of the federation is going beyond every time for a complete understanding of the importance of the biomechanics in tennis, both for those professionals of physical  and technical training. Thanks to this

support, it is expected to be able to help tennis players like Marina in the prevention of lesions, as well as in the knowledge of the weakest points of her performance in order to make sure to maximize it as much as possible.

THE INSTITUT CATALÀ DEL PEU CONDUCTS A BIOMECHANICAL ANALYSIS TO THE GP MOTORCYCLE...

THE INSTITUT CATALÀ DEL PEU CARRIES OUT A BIOMECHANICAL ANALYSIS TO THE CYCLIST...
Scroll to top