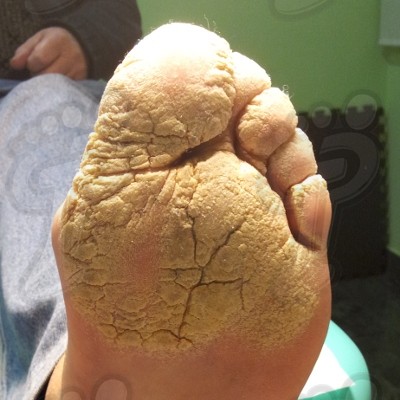 Psoriasis is a chronic, genetic based, inflammatory disease that affects the skin causing swelling and flaking skin. It is not contagious but it can be inherited. Clinical history is highly diverse, with different degrees of evolution. It affects 2% of the world’s population (mostly Caucasian) and can develop at any age appearing in 75% of cases before 40 years old. Its etiology is multifactorial although an alteration of the immune system is present. Some factors closely linked to psoriatic outbreaks are:

The diagnosis is primarily based on clinical history and secondarily on serology and skin biopsy. Psoriasis manifests itself clinically in different ways:

Psoriatic arthropathy is a complication of psoriasis presenting an autoimmune inflammation of the joints. Mild forms of psoriasis are usually treated with topical therapies such as:

Severe states of psoriasis need the application of systemic treatments such as: 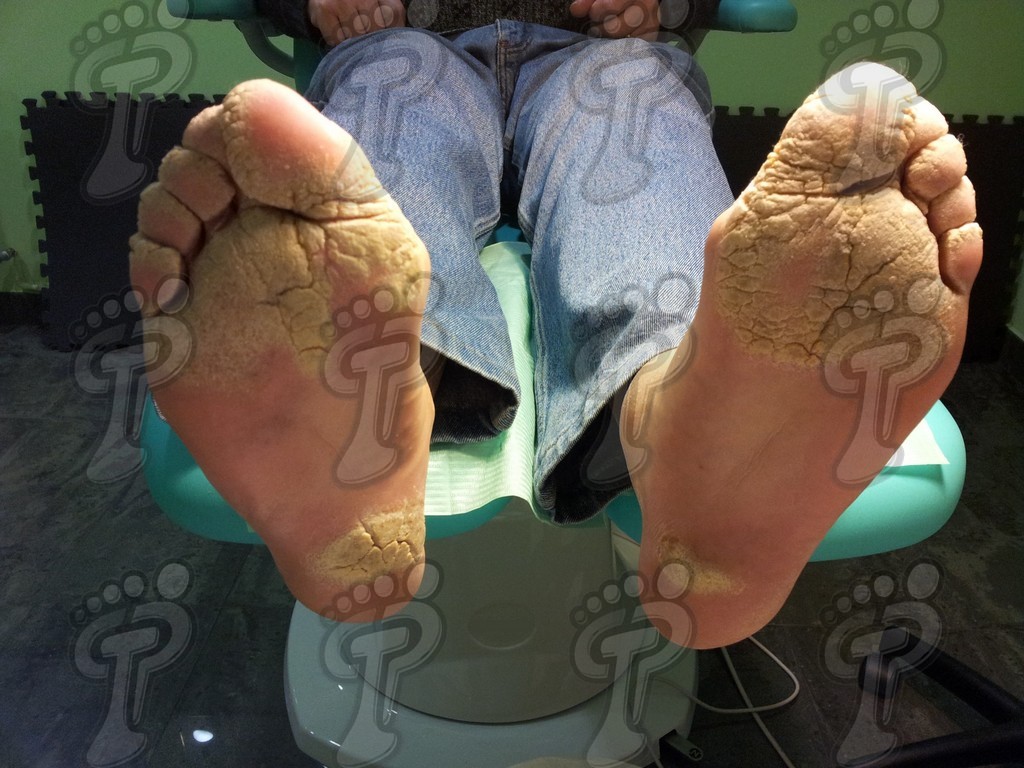 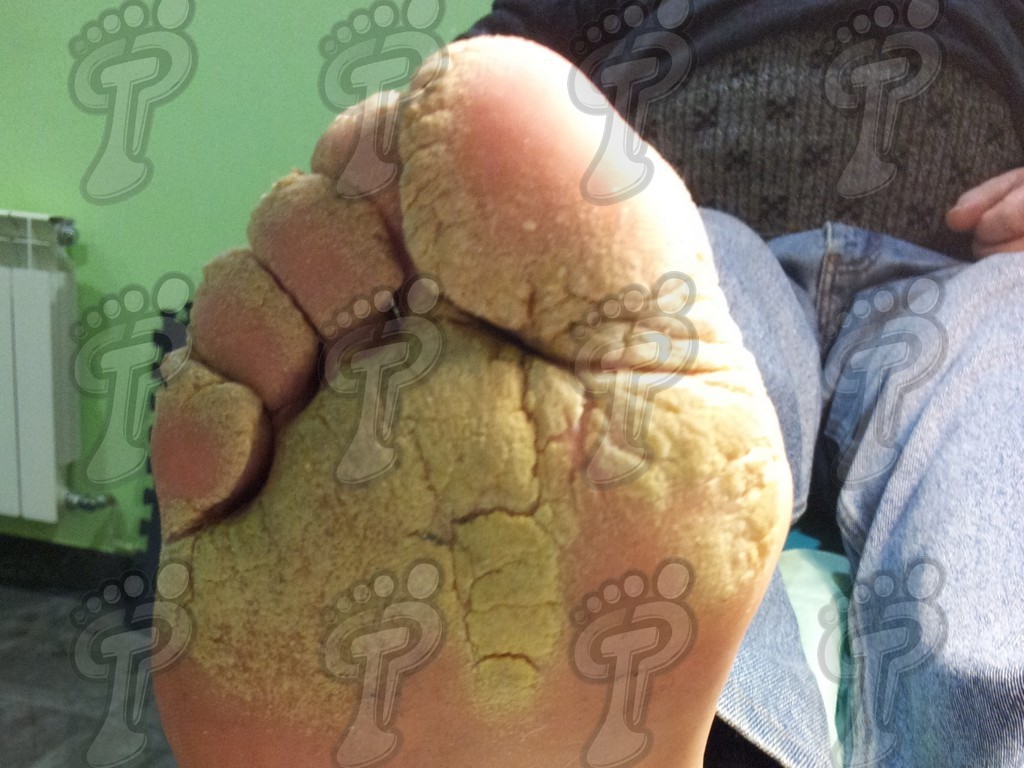 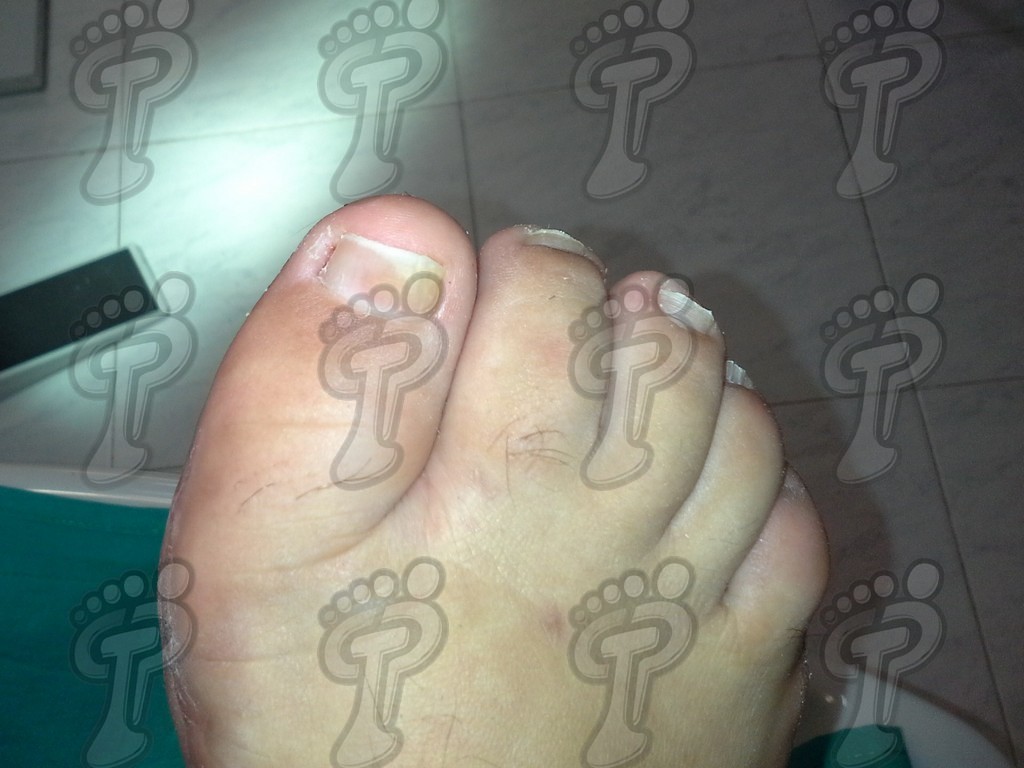 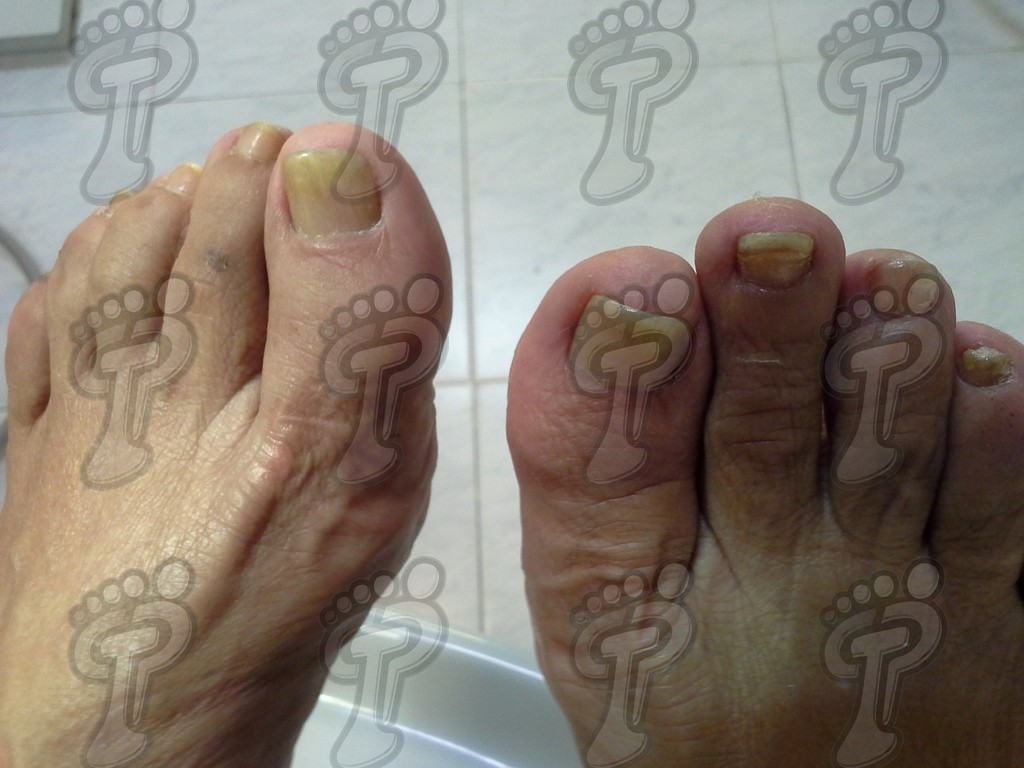 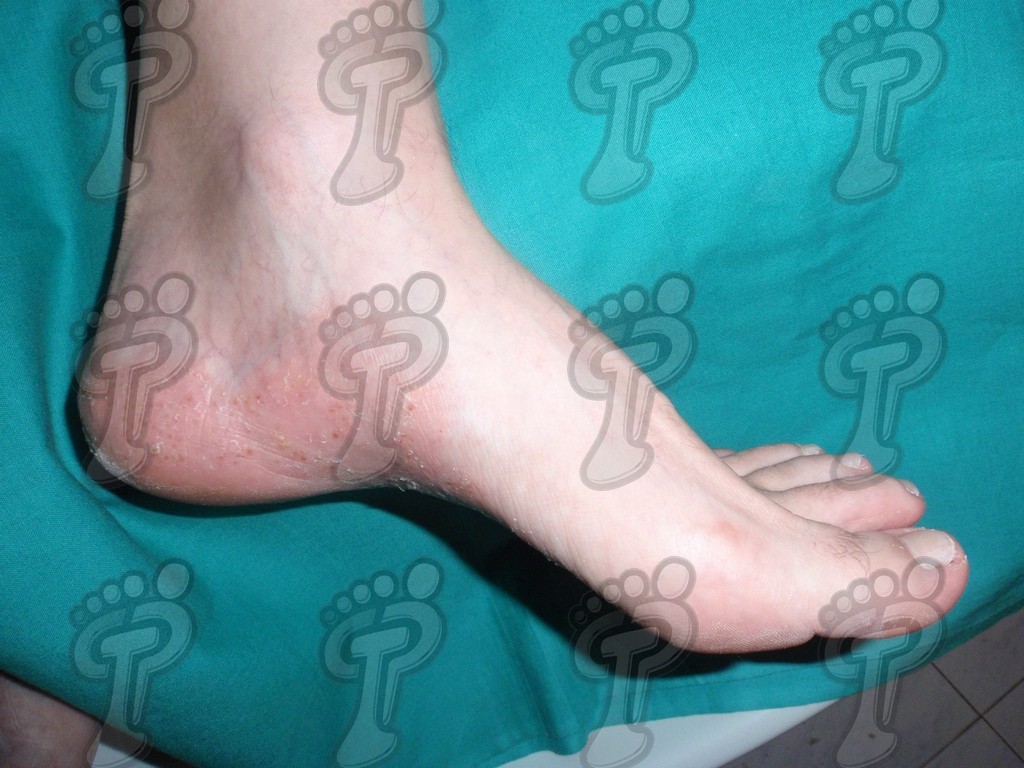 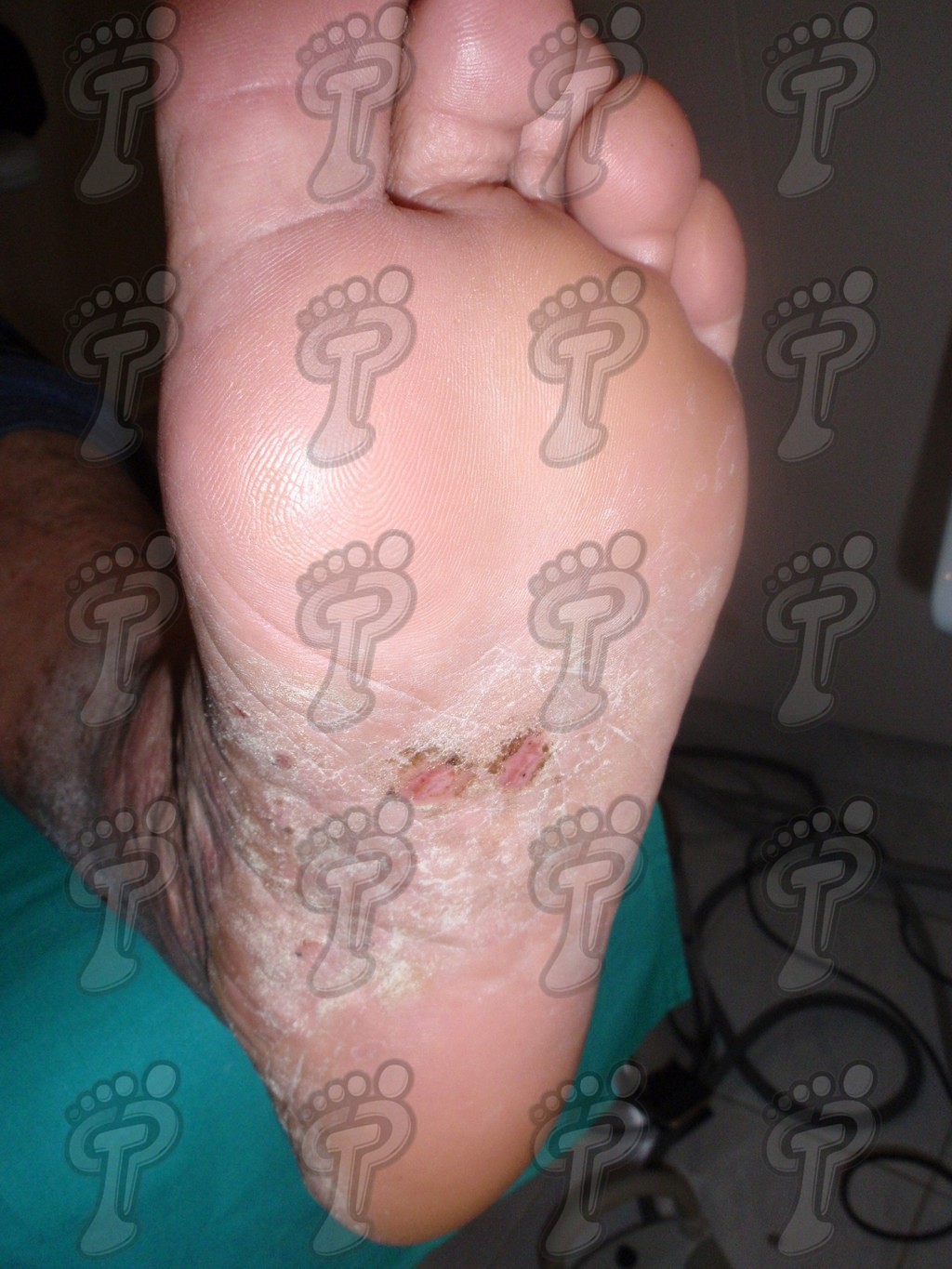 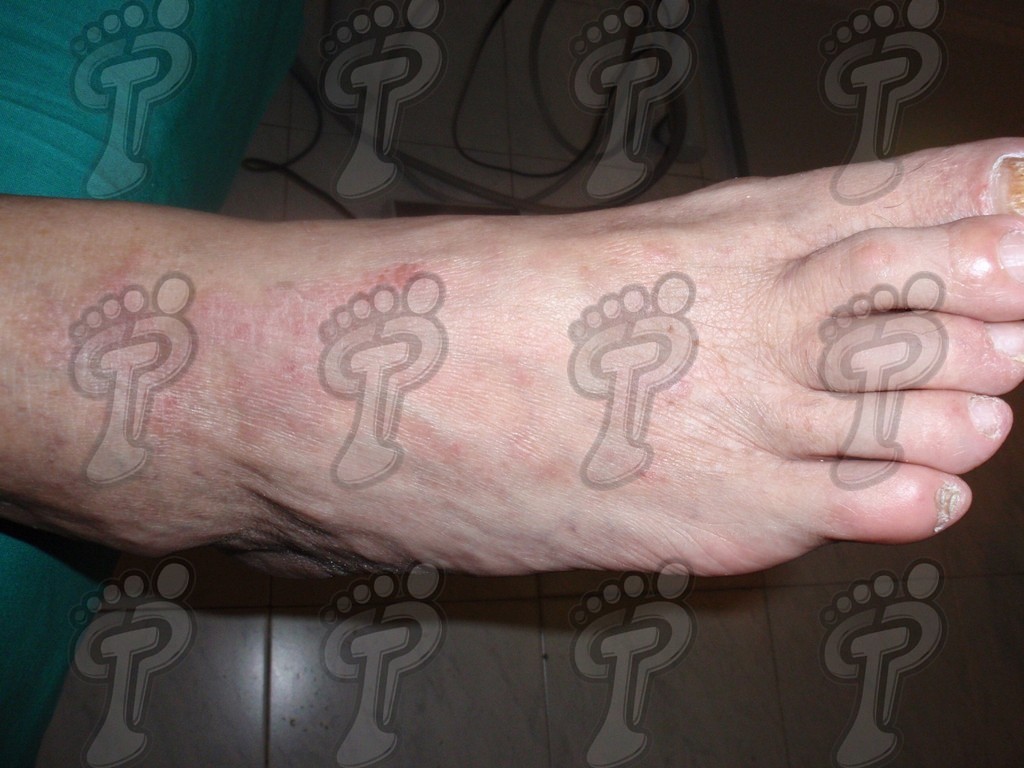 Psoriasis on the back of the foot 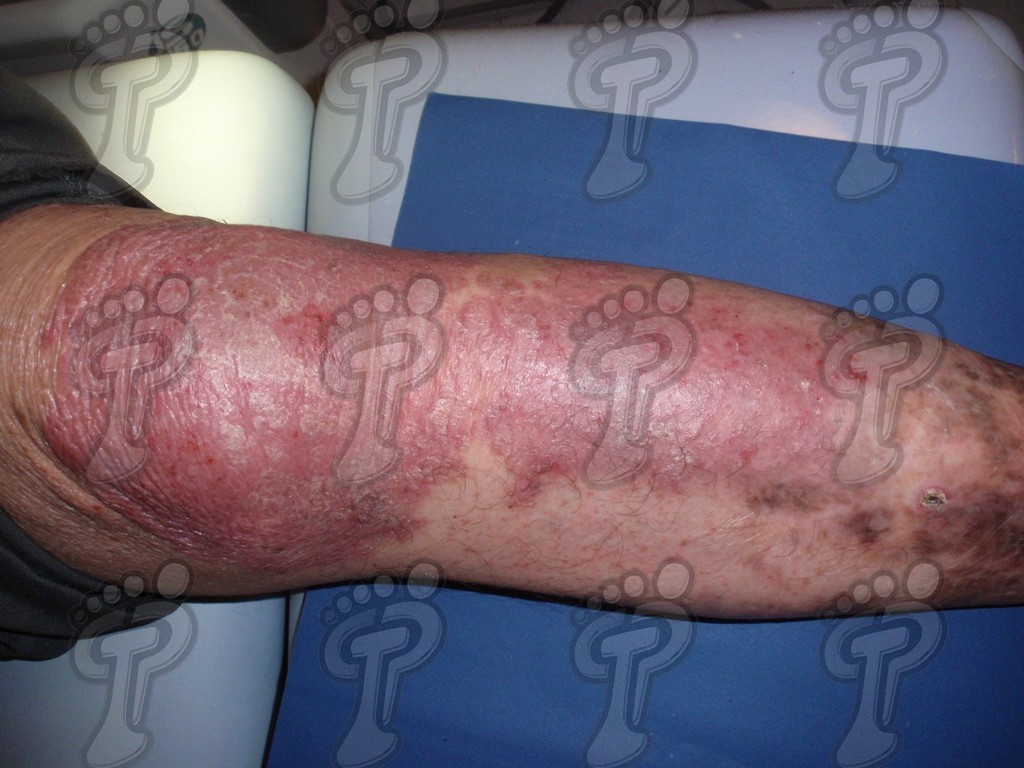 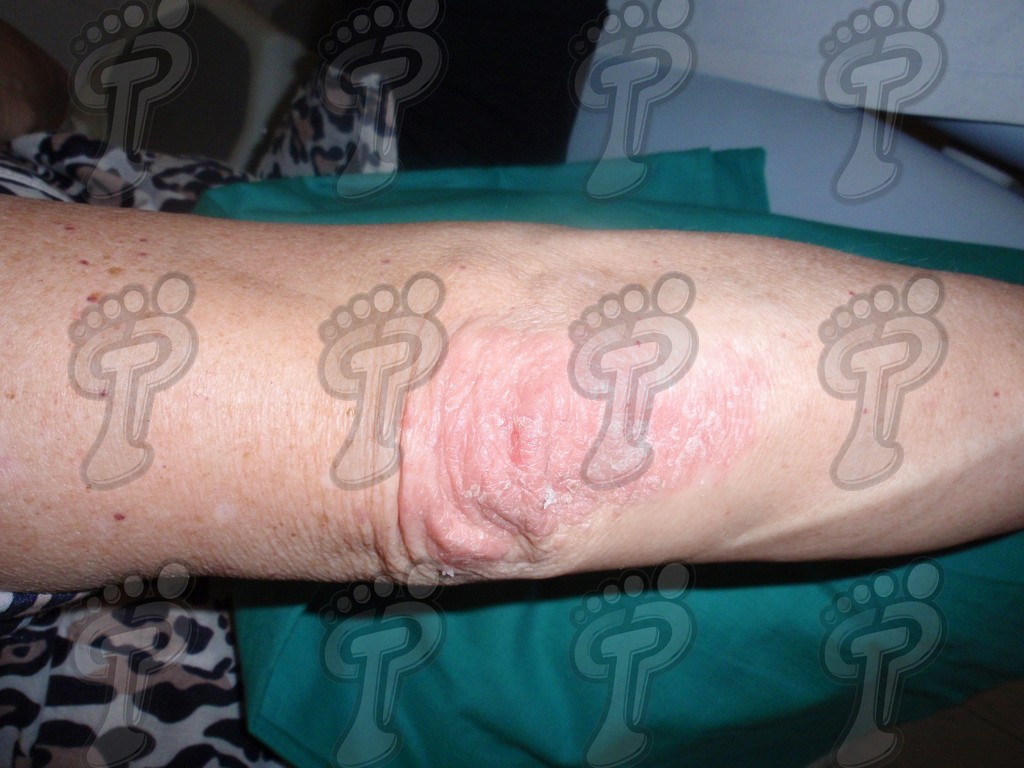 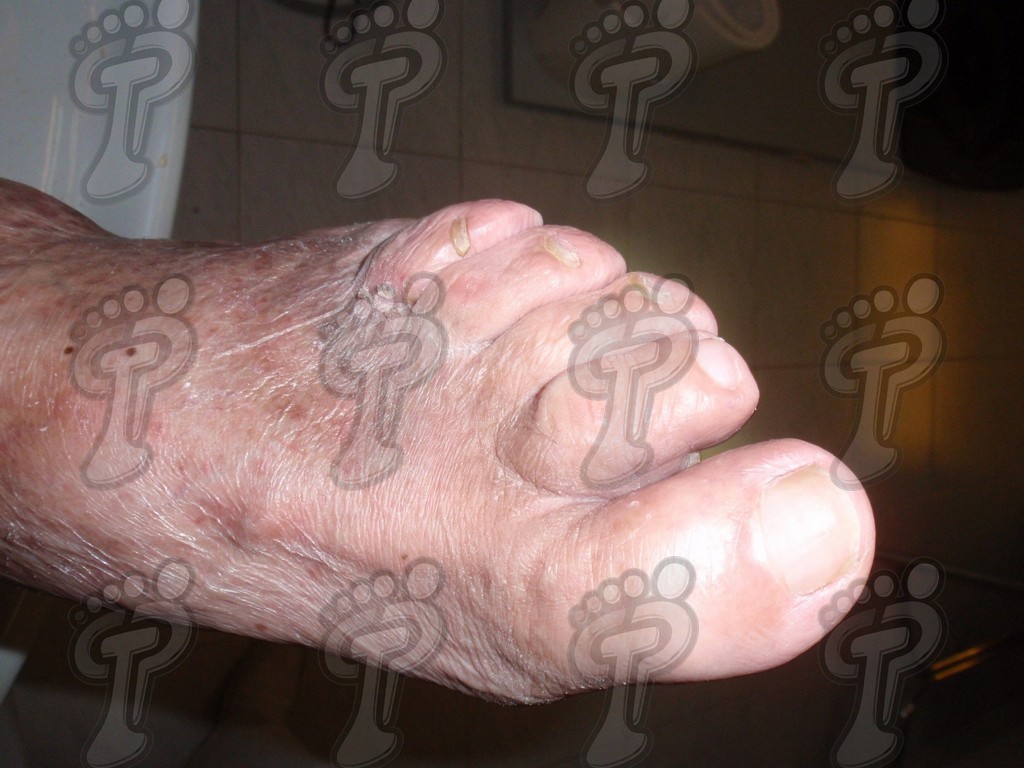 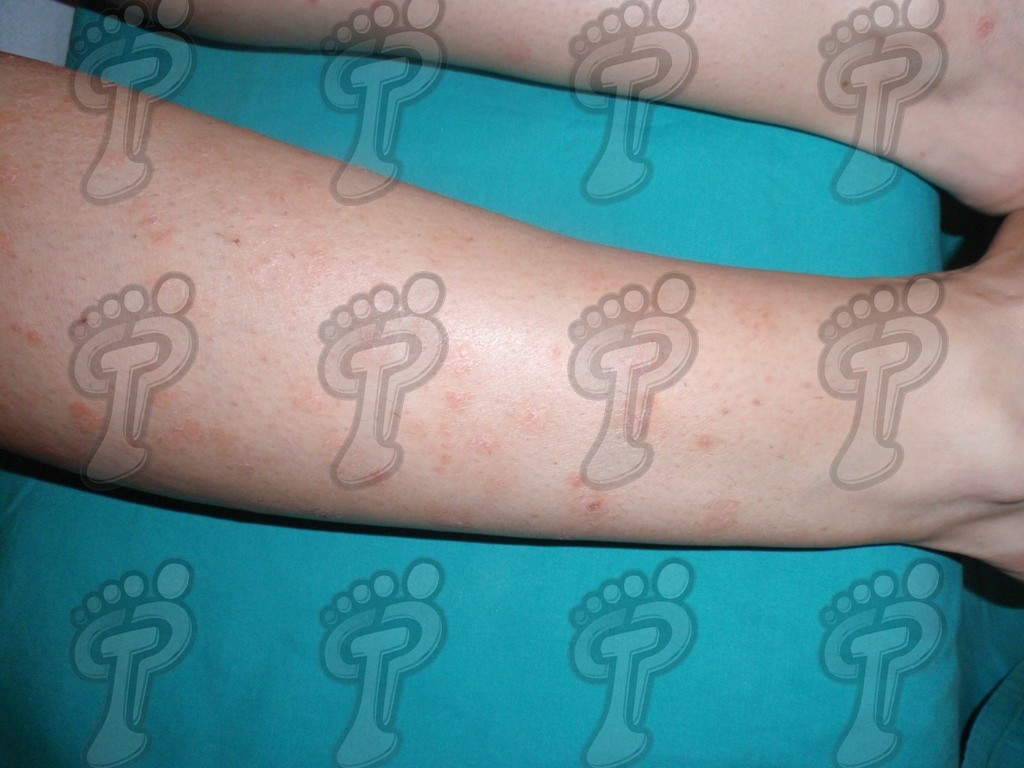 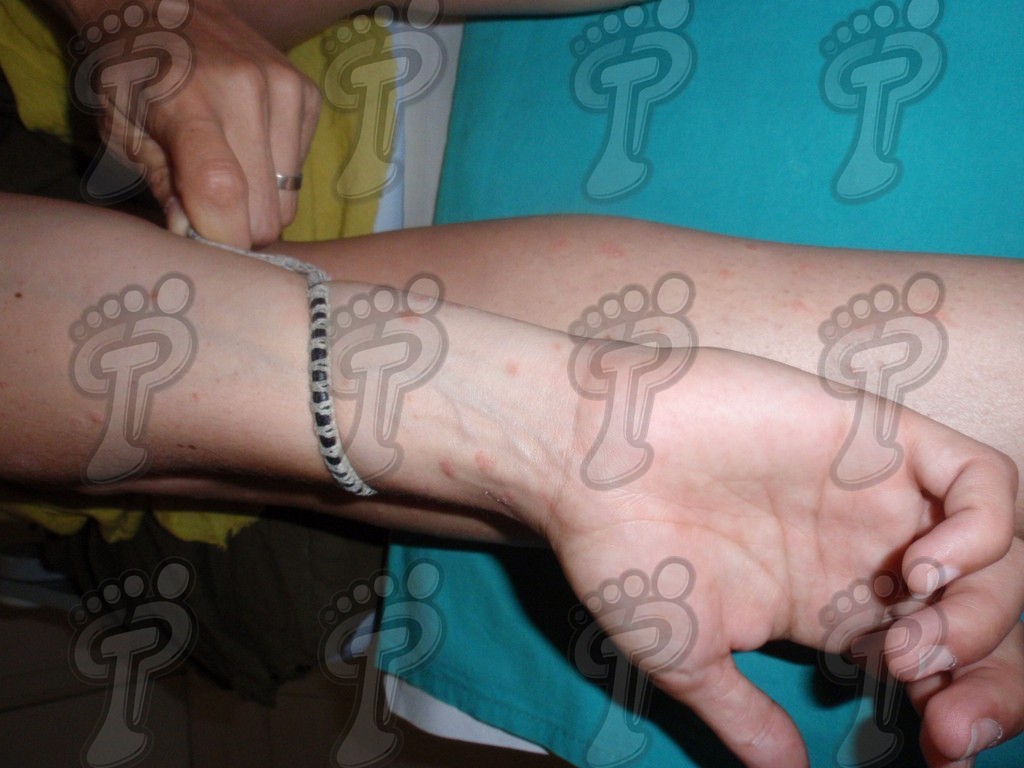 Psoriasis guttate; view of the forearm.

Application of neuromuscular bandages in the lower extremity