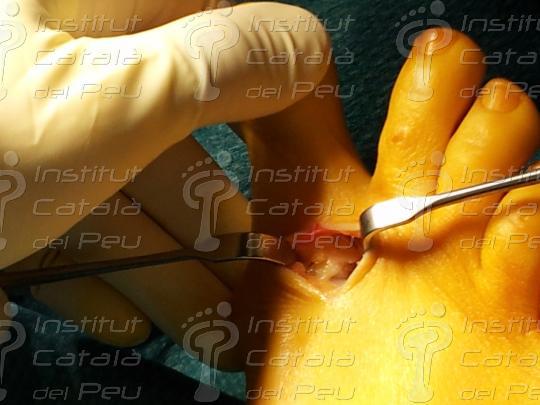 The complications this technique has are:

Once the capsulotomy and the bunionectomy have been made, the performance of this technique consists of making a longitudinal cut in the diaphysis of the metatarsal from the distal-dorsal to the proximal-plantar, this inclination of the cut to plantar being very important because it will allow the fall of the metatarsal head. To perform this cut we use as a guide two Kirschnner needles laid parallel to the axis of the floor and not to the axis of the metaldiaphysis. The Scarf technique or in inverted Z, is nowdays, one of the most used techniques for the correction of the so-called bunions. The reason this technique is one of the most used is because of the great number of advantages this osteotometatarsal has. When this cut is made, we make another dorsal distal cut and another proximal plantar cut, both of which are parallel and with a 60º angle.

When we get to this stage, we can move the cephalic fragment to decrease the intermetatarsal angle. The displacement can be up to three quarters of the metatarsal surface. When we have got the result we want, we only have to fix the osteotomies with the chosen osteosynthesis. This is usually with two parallel screws and perpendicular to the diaphysis or one proximal, from dorsal to plantar, perpendicular to the diaphysis and the another pointing towards the distal with an inclination of 45ºa and which  finishes in the metatarsal head.

When the osteotomy is fixed in place, we resect the remains of the bone in the medial zone as a consequence of the metatarsal displacement. Finally, we suture the incisions by planes and we make a crossbreed bandage of the front part of the foot. 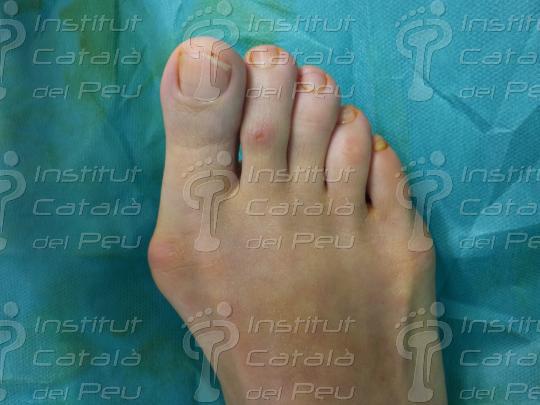 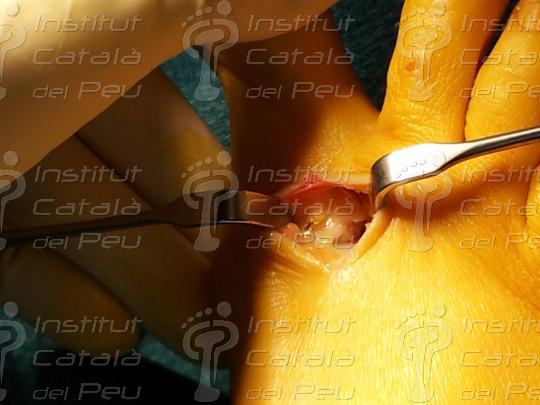 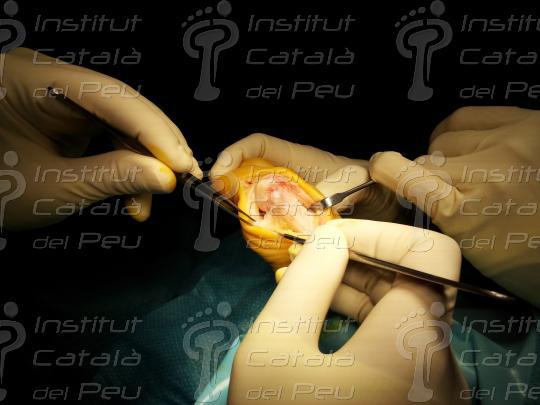 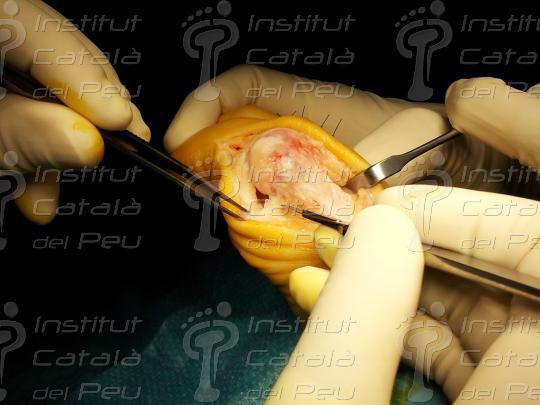 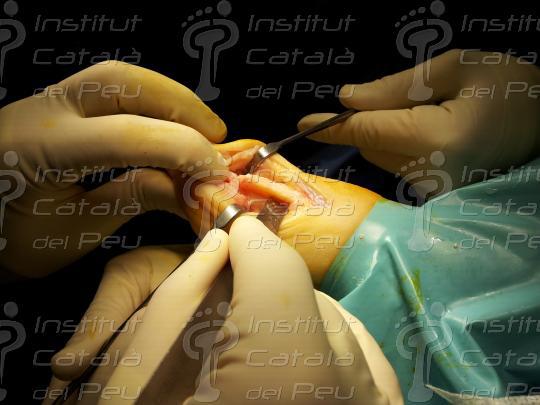 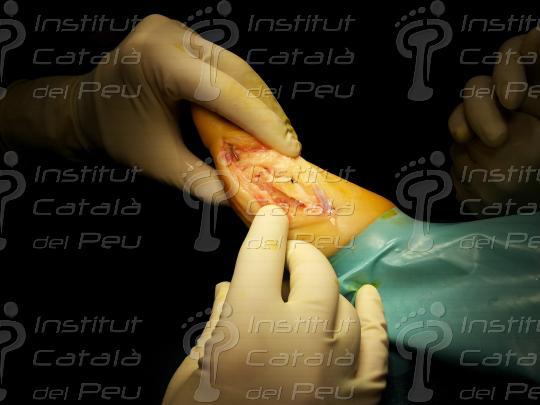 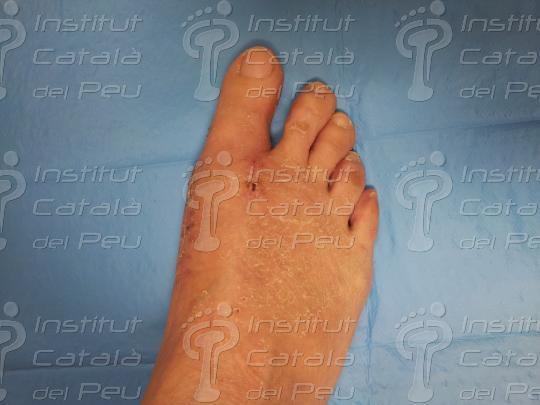 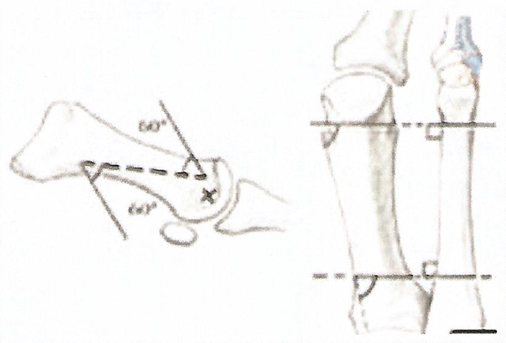 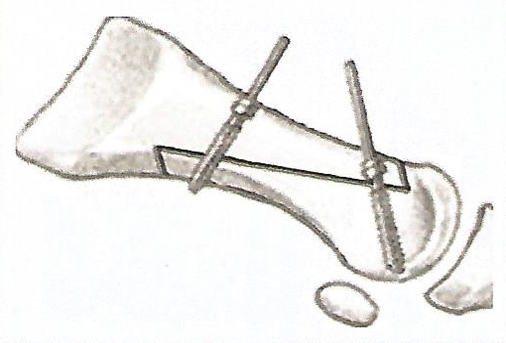 Setting the osteotomies with the chosen osteosynthesis, being usually with two parallel screws and perpendicular to the diaphysis, from dorsal to plantar.