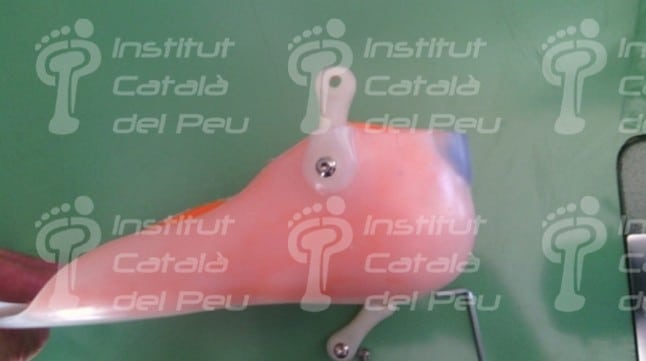 An AFO or club- foot thermoplastic orthosis has several functions depending on medical directions, although its main feature is to avoid the condition of “drop foot”. This weakness of the ankle is caused by such disparate pathologies as, traumatisms or peripheral nerves, diabetes, poliomyelitis, multiple sclerosis, spinal stenosis and cerebrovascular accidents, among the most common.

The AFO orthosis provides stability to the foot and the ankle against instabilities caused by ligamentous and osseous deficiencies.

There are different types of AFO orthoseis, from rigid to articulated, which allow the control of the movement of the ankle in different positions. Principally, there are four different groups: articulate AFOs, double action AFOs, reaction energy of the ground AFOs and 900 fixed ankle AFOs.

These kinds of splints enable a much more harmonious walk, reducing the patient’s energy consumption.

They are made at 90 degrees  angle in order to maintain the correct position of lower extremities, avoiding contractures of the ankle. The AFO splint with  the articulated ankle is used in cases of articular movements of the ankle, as it doesn’t restrict  movements given that the slipnt is articulated.

The AFO splint with ankle movement enables dorsal and/or plantar flexion, it restricts the plantar and/or dorsalflexion and it produces a medial and lateral containment.

To illustrate this article,  here is the case of a patient with a spastic condition associated with cerebral palsy of the two lower extremities (spastic diplegia). The patient is able to walk in an autonomous manner using walking sticks and bilateral splints compatible with academic and work-related life, showing deviations in echino and ankle valgus combined with forefood supination with respect to hind foot and several osseous and cutaneous disturbances as a result of mechanical deviations derivated from years of incorrect resting  and the use of  different types of orthoesies. Now, and as a way to ilustrate this article, we would like to show how a flexible ankle joint AFO orthoesis is made.

(All the photographs shown in this article are of the devices made using the same moulds, two devices that are currently used by the patint plus a  device set up for didactic purposes).

The aim of the orthosies is the containment of deviations which are originated in lower extremities because of the spasticity and the architectonic alteration of osseous structures when walking.

To make this kind of orthosis, measurements are taken using moulds made of bandage of plaster or fibere while in a resting position. The correction of the main deviations is made throughout the process trying not to alter the anatomical shapes of the patient or forcing positions which may be impossible to keep once the device ready.

Once the bandage  becomes hard, it is cut with a saw or a pair of scissors, this obtaining the mould’s negative or reverse version.

This negative mould is filled with plaster or liquid plaster to make the positive version, which will be used to make the device. When the liquid plaster is set, plaster bandages used to shape the negative mould are removed, leaving  an exact copy of patient’s extremity. The rectifying process of the mould includes an overall sanding down, specific reduvtions of pressure points abd thickening, by adding plaster to bone prominences where needed. In this particular case, once the rectifyin process is finished, then the imitation joints (“dummies”) are added and lined up with the model in order to leave enough space for the assembly of the articulations made of thermoplastic material.

The thermoforming is made of homopolymer polypropylene with a thickness of aproximately three or four millimetres according to the required flexural strength. Once the over reaches the necessary temperature the plastic is placed on the model and kepted it empty to adjust it and to avoid any deformities or contractions of the polypropylene caused by na incorrect coolin process of the material. It is important to use an over suitable for the polypropylene lamina with a uniform temperature providing controlled heat of the material.

Once the thermoplastic is thermoformed in the positive mould, the polypropylene it must be allowed to cool  and harden before it can be cut and removed from the positive mould just to avoid defects of the AFO splint.

The next steps include the mechanical processes of polishing and assembly of the articulations, paddings and walls of the device to test it, make the necessary adjustments and before having over the orthosis to the patient.

In short, getting optimum results in the treatment requiers a custom and hand-made AFO splint, which offers customised solutions in every case by taking each patient’s necessities and problems into account. 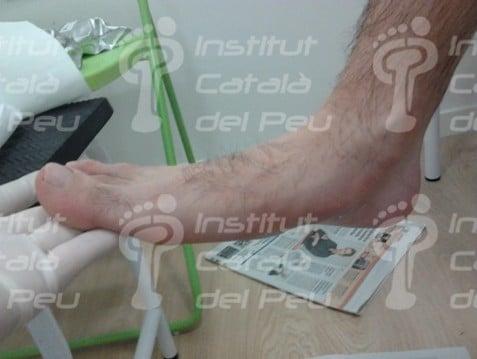 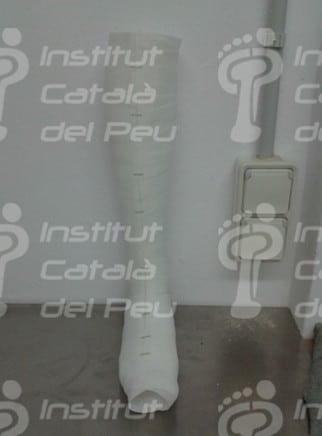 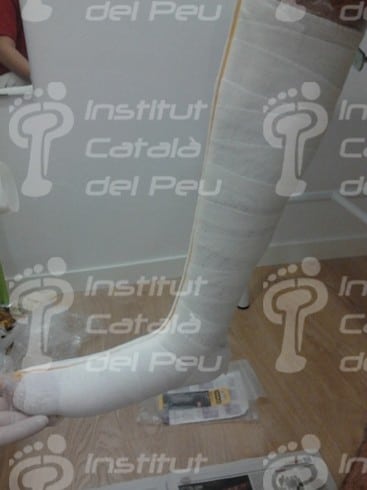 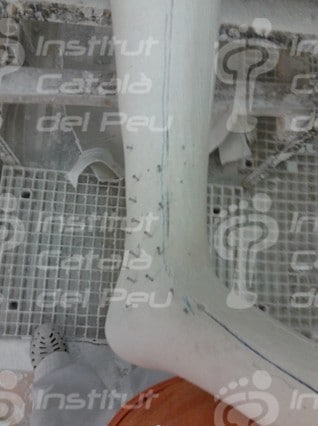 Assembly of the articular side of AFO. 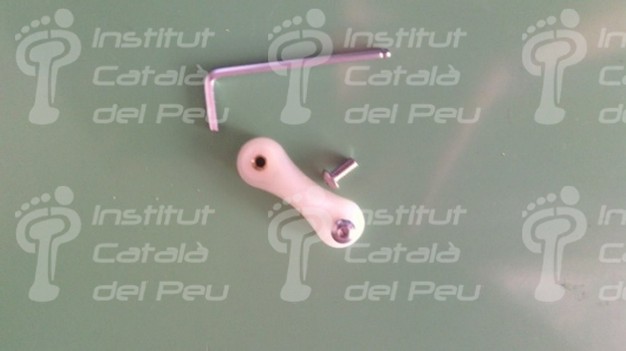 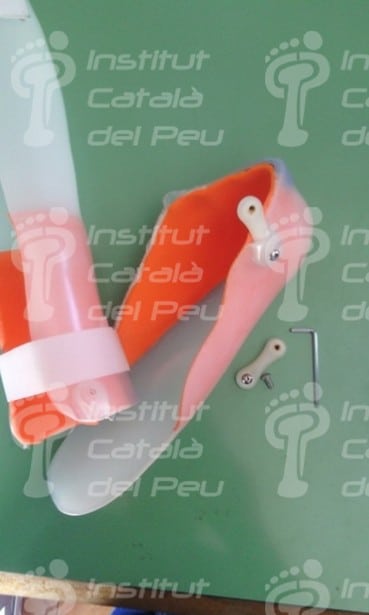 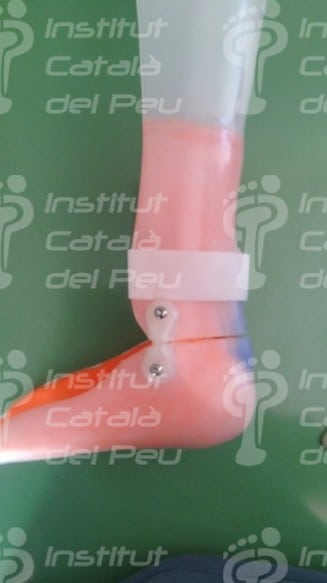 Photography of the assembly of the articulations. 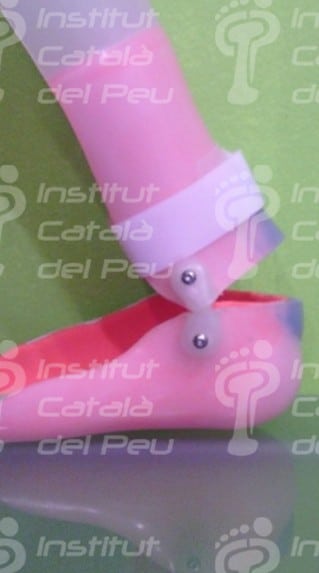 Detailed photography of how the articulations work. 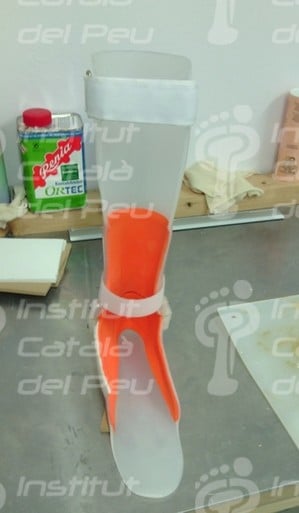 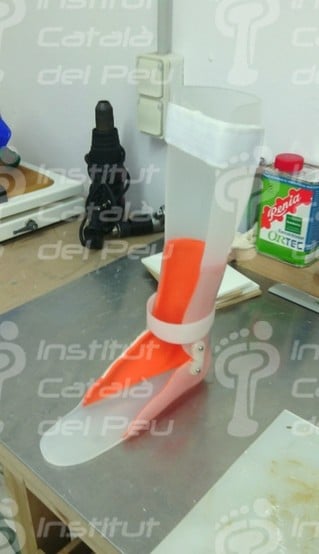 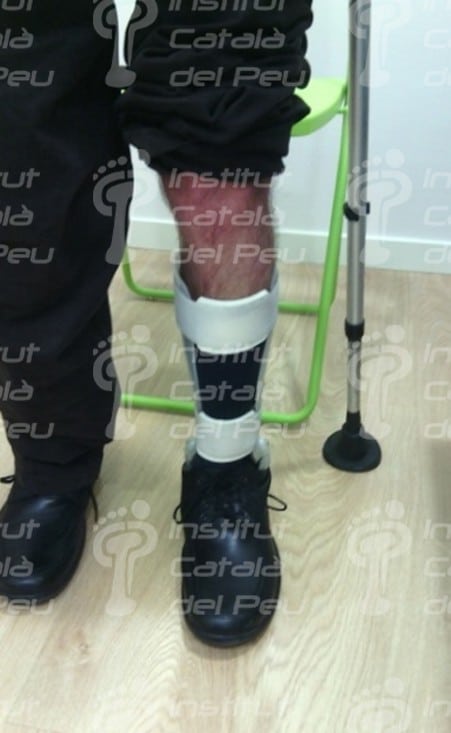 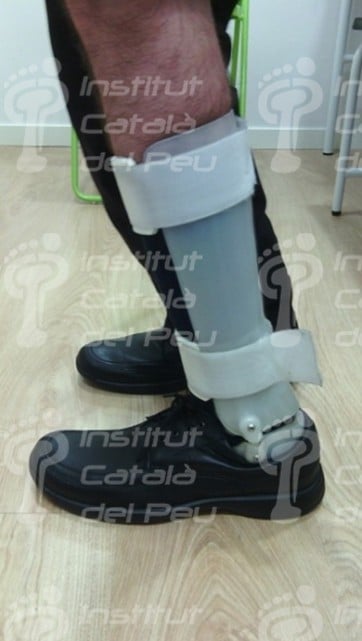 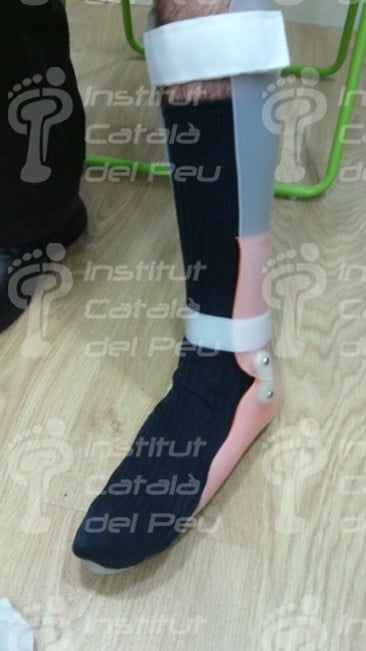 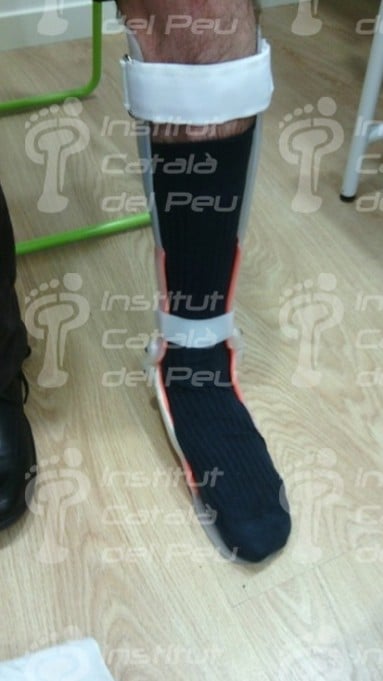 Making test to the patient.

THE ONYCHOGRYPHOSIS OR THE INCREASE OF THE NAILS’ THICKNESS.

THE INSTITUT CATALÀ DEL PEU ORGANIZES “MULTIDISCIPLINARY CONFERENCES ON THE...
Scroll to top