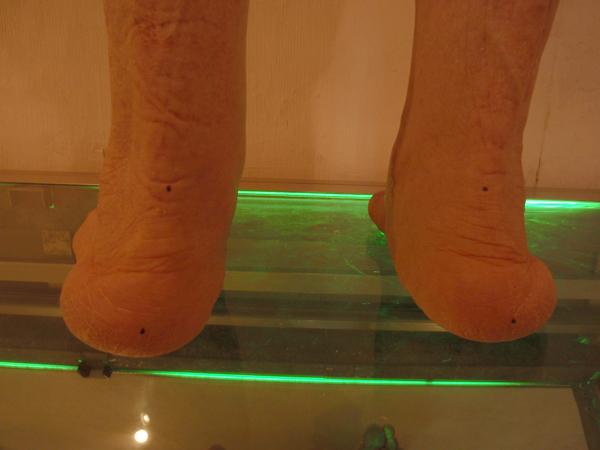 The bunion (photo number 1), an unattractive and common deformity of foot, of apparent simplicity, it is nowadays a serious etiopathogenic and therapeutic problem. 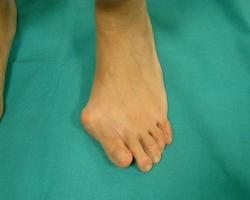 The wide variety of suggested techniques for its correction and the diversity of etiologic theories, create without any doubt, a series of controversies of uncertain solution. The bunion must be treated from a global point of view.

Thus, we have to assess the deformities of foot because they also often bear alterations in personality and character so considerable many times that they incapacitate for any activity. It is usually accompanied with other deformities like valgus feet (photo number 2),(foot deviation towards the internal border of foot, also known as “ankles towards inside”) or toes in claw, bursitis, etc. (photo number 3). 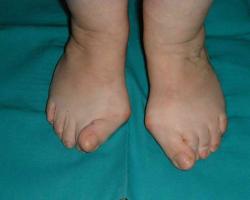 We can find a lot of disorders in the bunion and it can happen in an osseous level and also in flabby zones.

The lateral deviation in abduction, next to the inclination of the front part of foot to the internal border will cause a bunion (a prominence in the internal lateral of foot), due to an excessive load, apart from the subluxation of metatarsophalangeal joint and the possible deviation of sesamoids (two small bones located just behind the first toe). The bunion is nearly always related with a more subsequent alteration, in general, with a shortening of the first toe.

Thus, before the deformity of the toe  will have to re-establish the metatarsal support, correcting in this way the back part of foot (part of the foot which covers the heel), it can be in varus or valgus (internal or external sidedness of the foot) through the use of plantar supports in order to compensate for the existing imbalance, avoiding to walk in internal charge and to reduce, if possible, the excess of movement of the front part of foot, which is a factor than possibly allows its widening.

It is advisable the use of plantar supports in the bunions when the first signs of deviation start to appear, because as soon as the pressure or load of the first toe neutralizes, we will be more able to avoid the deformity pressure of the bunion and pains   associated mainly in the lateral side of the bunion and in the metatarsus.

Those people who have been operated from bunions caused by an excess of load or pressure due to the alteration in the way of walking, must use plantar supports because if we don’t solve directly the origin of the bunion, it can appear again in a few years.

NEGATIVE MOLDS OF FOOT THROUGH THE APPLICATION OF A THERMOPLASTIC.

Biomechanics: articulation of the ankle
Scroll to top