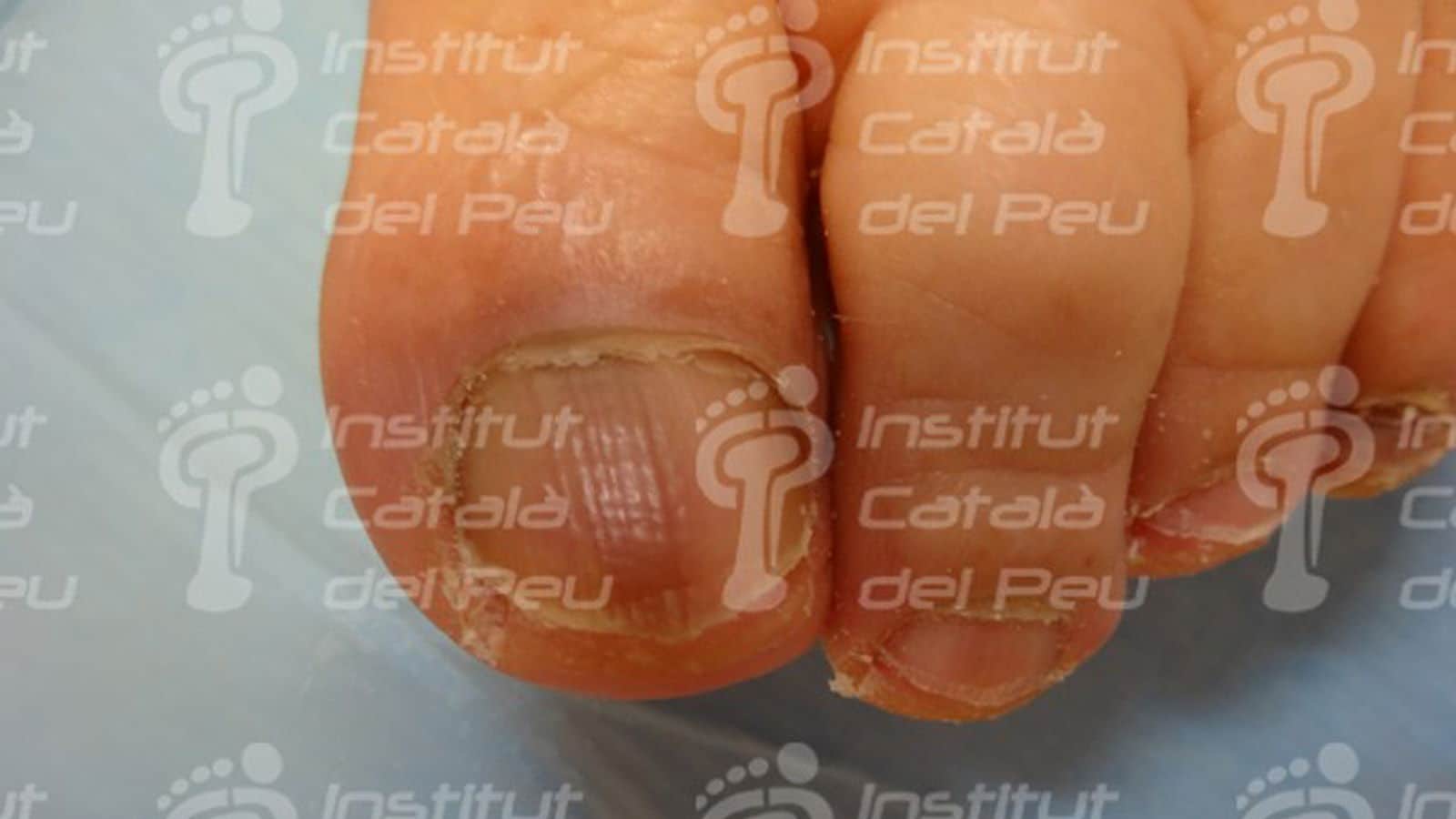 The melanonychia starts with a longitudinal fragment of brown or grayish pigmentation in the unguinal side due to the presence of melanin. It usually affects only to a nail although it can be showed in those people with dark skin in a multiple way by the activation of benign melanocytes.

The causes are multifaceted such as the nevus at the unguinal matrix level, traumatisms, pregnancy, Addison’s disease, medicines, lack of the B12 vitamin, malnutrition, etc.

The melanomal pigmentations can show a fragment of gray pigmentation generally related to lentigo and pharmacologic cases or ethnic reasons.

The activation of melanocytes by medicines helps the appearance in several nails of feet and hands between one and two months of the medicine intake while the pigmentation of ethnic source is common in the black race and in people from southern Europe.

The brown zone of the pigment is a consequence of a benign or malignant tumor. The benign tumor can be as a consequence of a nevus in the matrix with the appearance of a fragment which consists of regular parallel and homogeneous lines. It is a 12 % of cause in adults and up to 50 % in children. Nevi usually appear among young people and they can be congenital or acquired. In those children who have nevi in the unguinal matrix it is important to check the variation of the size and color of the fragment.

The malignant tumor is related to the melanoma with an irregular fragment which is polychrome and it has polymorphous wide lines. The melanoma is usually asymptomatic in early stages evolving towards an unguinal dystrophy, nodules and ulcerations. The subunguinal melanomas can sometimes create confusion or even pyogenic granulomas. The Hutchinson’s sign shows periungual skin pigmentation and it represents the development stage of the melanoma. The Hutchinson’s sign is not the only sign of the melanoma and its appearance needs a biopsy.

In case of having a longitudinal melanonychia it would be advisable to make a biopsy in order to know exactly the diagnosis of the matrix and to rule out the melanoma in cases of sudden appearance, color changes or width fragment changes, as well as melanoma precedents.

The melanoma usually affects one toe, it develops quickly, increases the pigmentation of the longitudinal fragment and appears mainly from 50 years old. 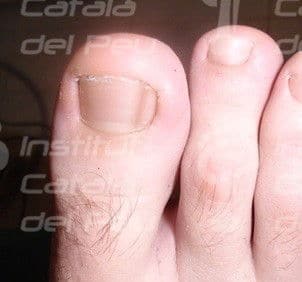 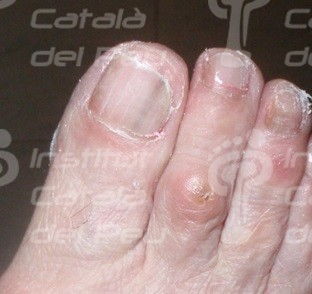 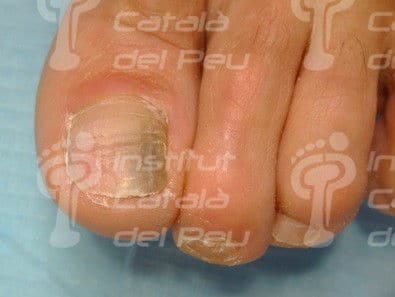 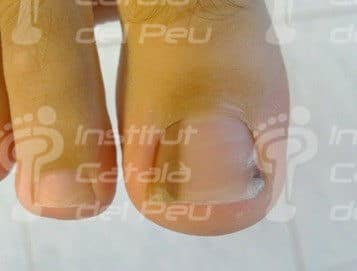 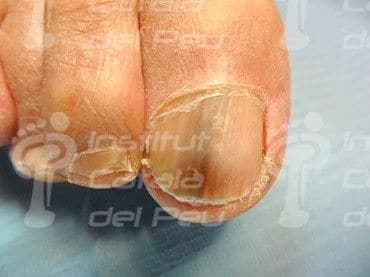 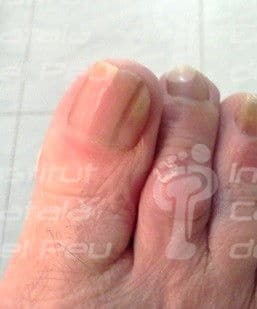 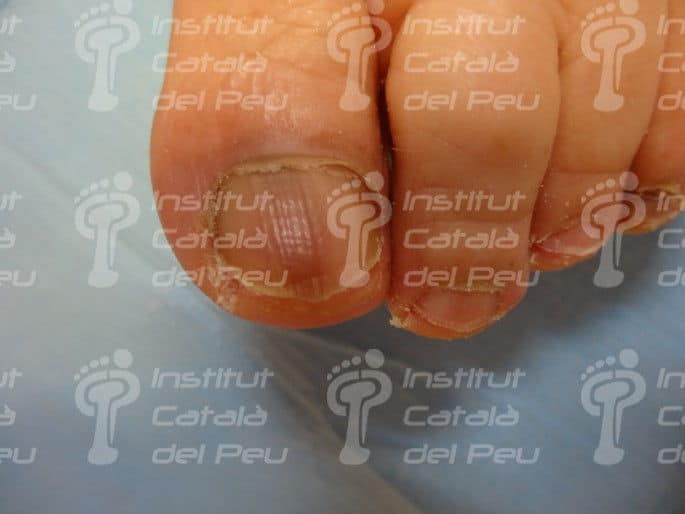 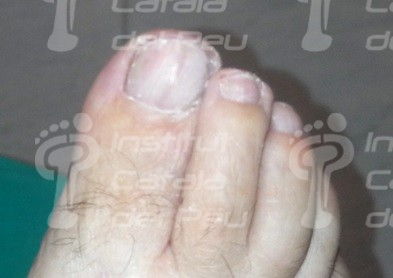 The Institut Català del Peu organizes the “Conference about the diagnosis...

The agenesis in the lower extremity
Scroll to top