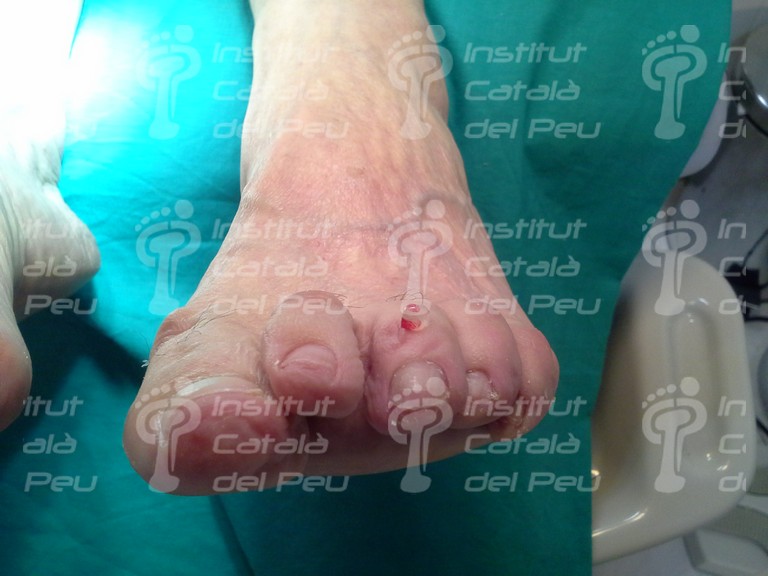 The myxoid cyst or digital mucoid cyst is showed like a node or a benign tumor of fleshy appearance, remaining in the dorsum part of toes at the level of the distal interphalangeal joint and in the base of nails. It could be defined as a pseudocyst because it hasn’t an epithelium which covers it. They use to appear in an individual way with a diameter that ranges from a few millimeters to a square centimeter higher.

They don’t generally show any symptomatology and they can deform or form furrows in the inguinal layer in case that there exists a proximity between the last one and the myxoid cyst. They can be chronic and appear with higher probability in women.

The causes of the myxoid cyst are:

This disease is developed with soft nodes and inside is deposited a viscous or gelatinous liquid of a crystalline color.

The treatment is usually conservative because this kind of cyst is asymptomatic. Mainly, it is made a puncture and a drainage of the content, although sometimes can recidivate. Depending on the chronicity and the symptomatology, the surgical treatment can be assessed through cryosurgery as well as the reconstruction of the inguinal layer in case there have existed deformity troubles.

There are other alternative treatments like for example the sclerosant infiltrations.

Myxoid cyst in the dorsum of the second toe.

Myxoid cyst in the dorsum of the third toe. 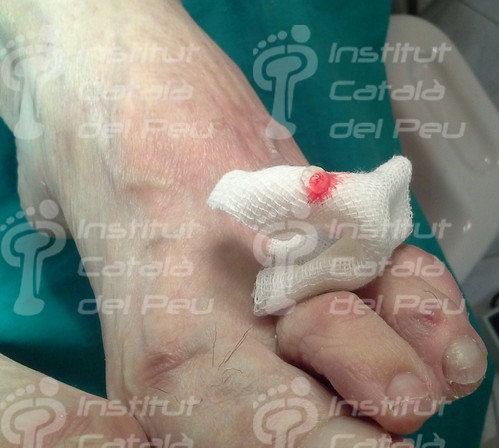 Watch the gelatinous appearance of the drained sample

Myxoid cyst situated in the metatarsophalangeal joint of the first radius. 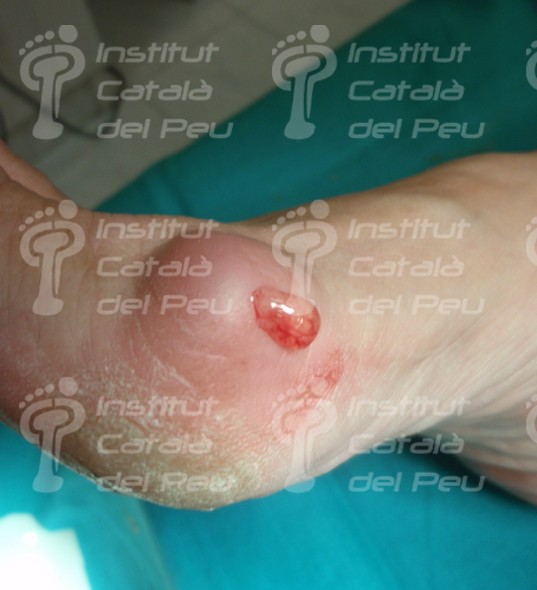 Drainage of such myxoid cyst.

Normalized appearance of such foot after one month drainage the myxoid cyst.