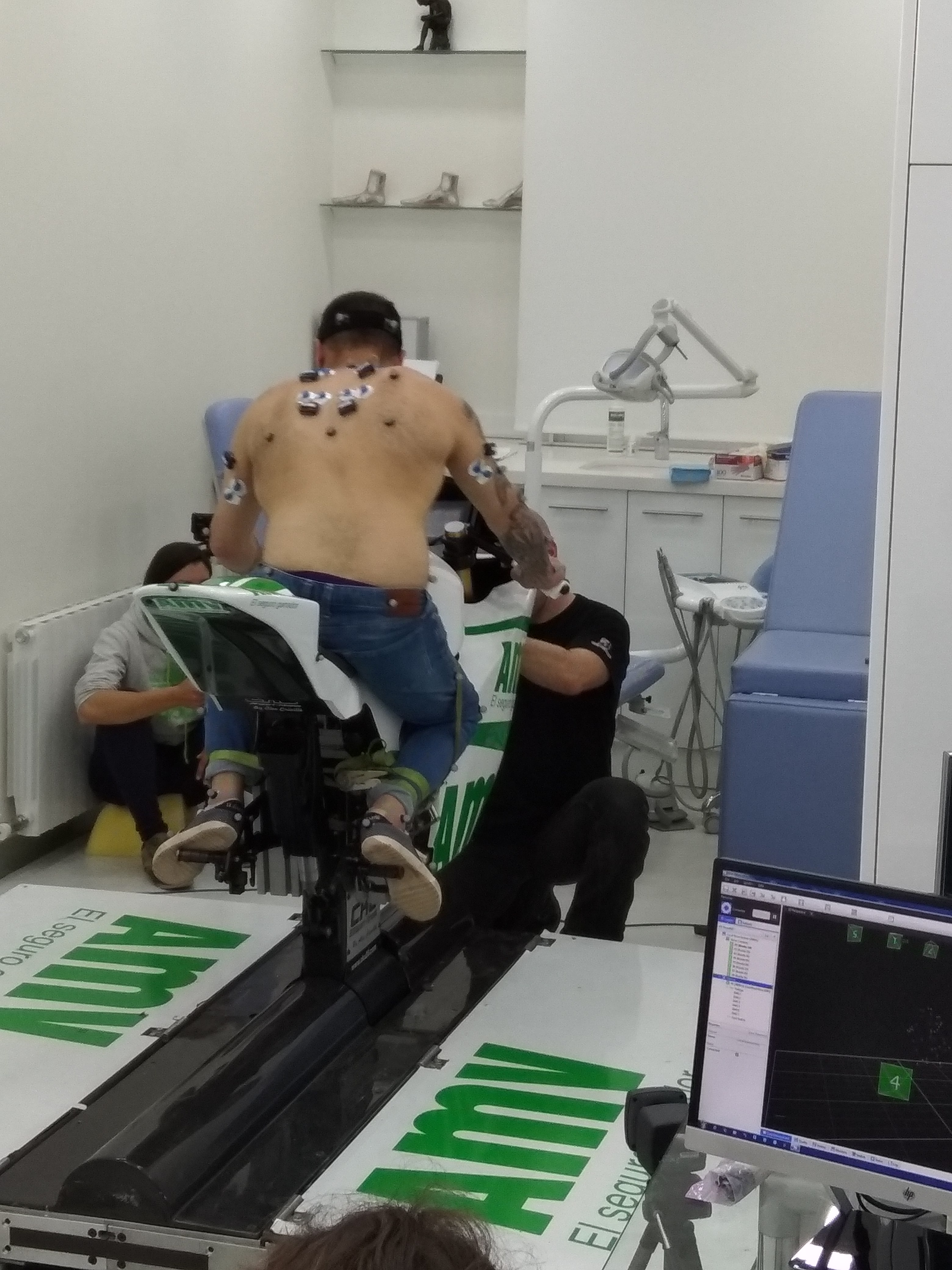 The Institut Català del Peu, implicated entity in the competitive motorcycling some years ago, dealt a survey with Ezequiel Porcel, who was injured in the medulla and handicapped motorcycling competitive rider, where we measure the electromyographyc activity of the upper cowl muscles, middle cowl and triceps on CKU28 motorcycle simulator.

These are the muscles which work the most during the riding of the motorcycle in the position of competition. Therefore, they are the ones who get the most tired.

We set out with Ezequiel, due that he can only use the musculature of the upper side of the body, to observe how it is changing the muscular standard, and how it is getting tired during an active period of time, being able to separate every muscle. For this purpose, we used two protocols of different physical requirements.

We can observe a muscular field where the intramuscular coordination for the riding gesture was completely new. Something we should consider in the eletromiographyc activity, is if previous muscular adjustments are produced and also if a symmetric muscular standard is produced during this control.

So, with these two protocols, we set out to observe how the physical effort is changing.

We would like to thank Alex Crivillé, Joaquín Muntada (Kini), and Javier Ullate for the gift of the simulator which made possible this research. 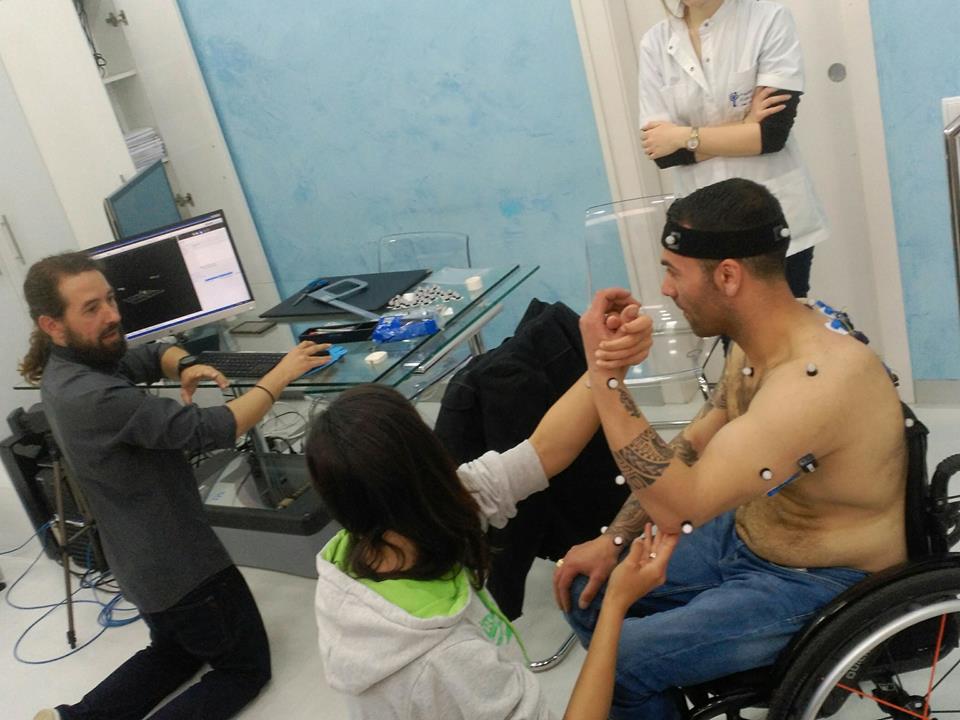 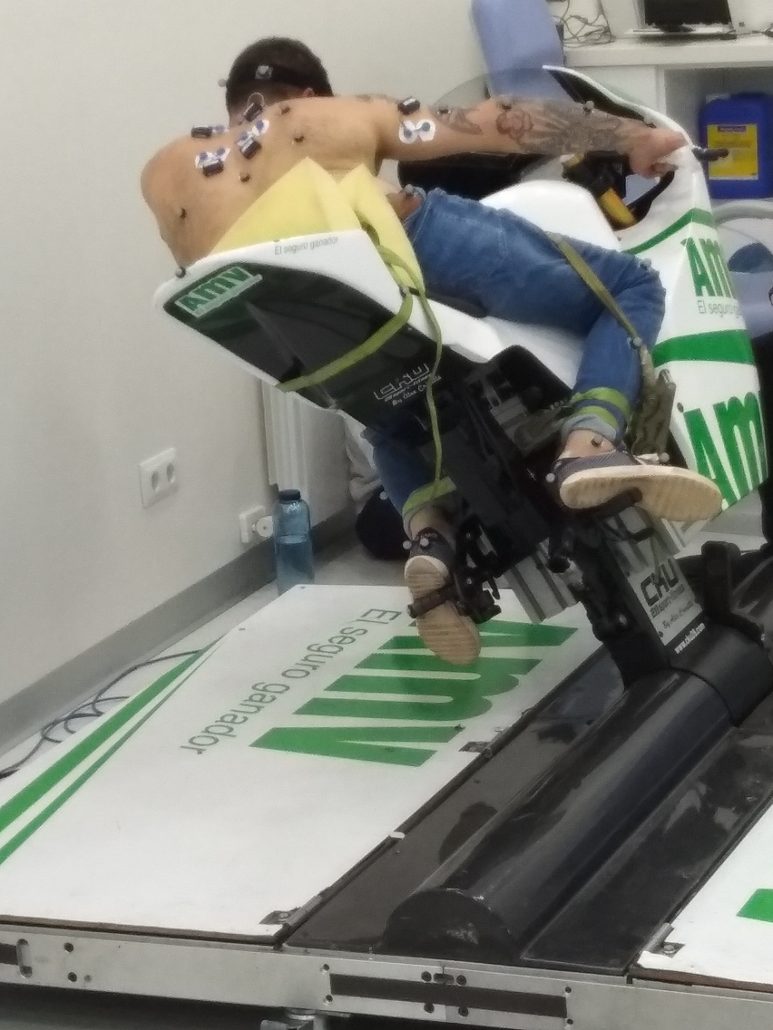 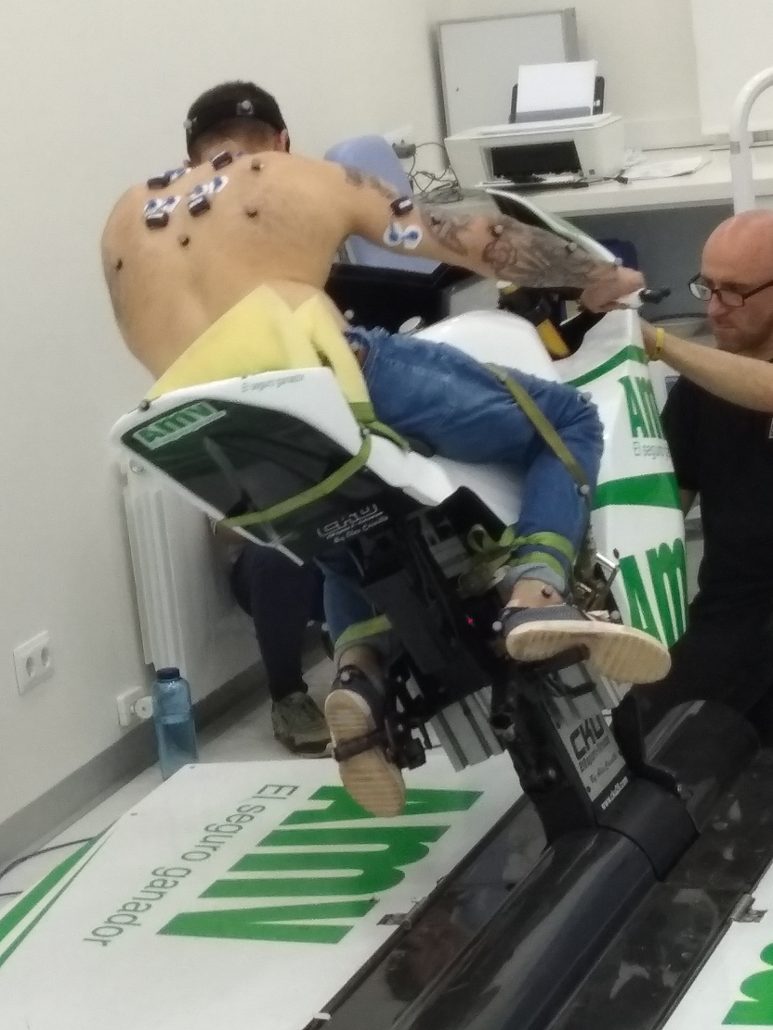 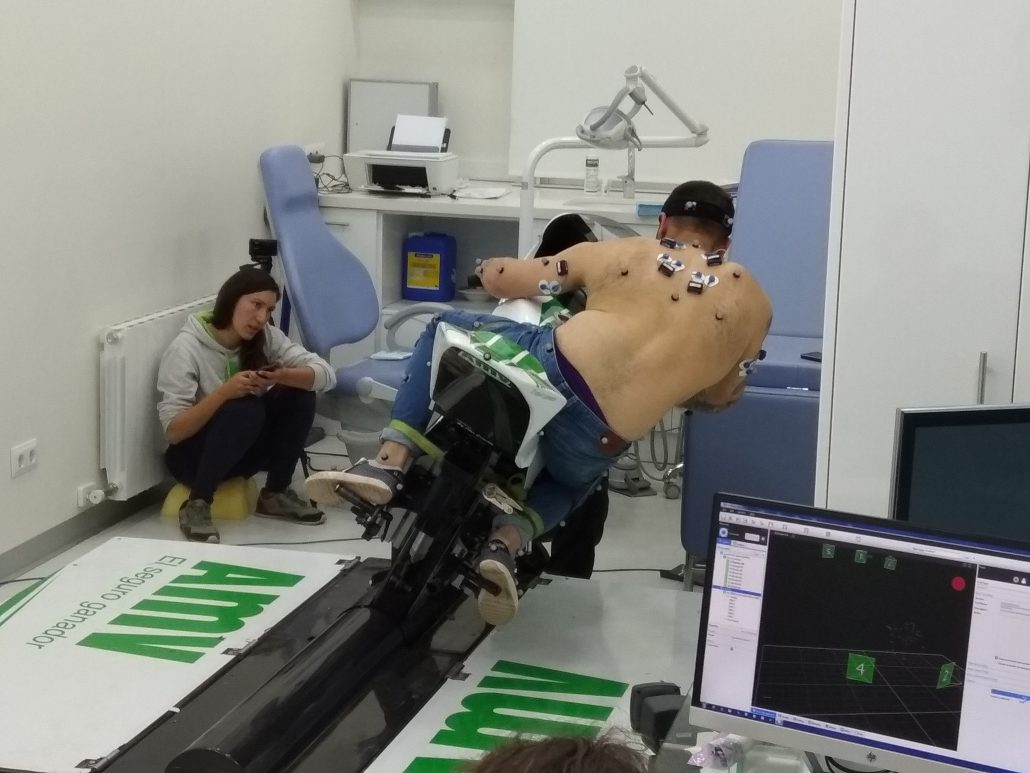 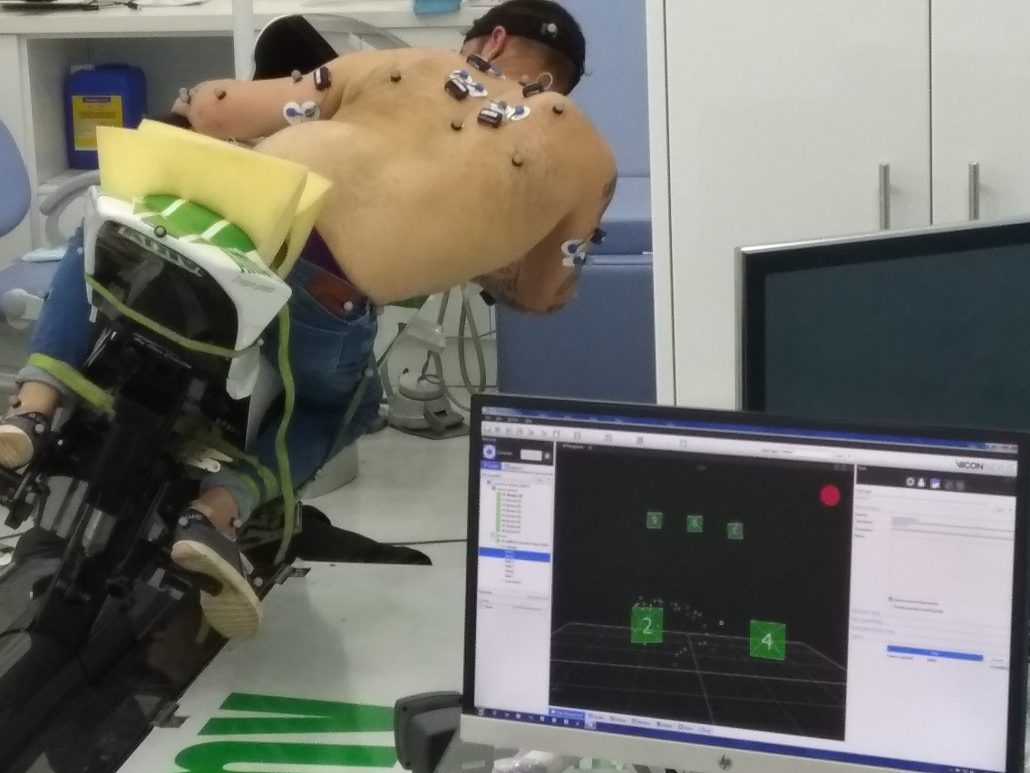