The scar is a permanent dermic disturbance as a consequence of a lesion and its repair. It is made of fibrous tissue which replaces the loss of tissue and which joins the solutions of continuity.

There are four stages in the cicatrization process:

1- Inflammatory stage. Increase of the vascularization and therefore of the platelets, helping in this way the tamponing of the injury.

2- Proliferative stage. Collagen and fibrin are accumulated regenerating and tensing the injury.

3- Remodeling stage. Collagen is reabsorbed and it increases the tensile strength. It is the longest stage of cicatrization.

4- Contraction stage. The area of bloody surface decreases with the concentric reduction of the size of the injury.

The factors which stimulate the growth of the cicatricial tissue are:

The scars can have cosmetic surgery and functional problems for the patient.

The scars are classified in five kinds:

The hypertrophic scar is located in the traumatic area of the initial injury without invading the adjacent tissues. Its  growth starts after the closure of the injury and it can continue to hypertrophy until 8 months. The causes are due to mechanical factors, young ages, infections of the injury, as well as the anatomical location.

The cheloid scar covers beyond the initial injury as a consequence of the anomalous formation of collagen in order to revitalize the connective tissue after the lesion.

It is less common than the hypertrophic scars. It starts to grow at the beginning of traumatism after one year and it can go on growing without a sign of stabilization. It appears more frequently in people of dark race, young women, pregnant women and in anatomical areas like the neck, shoulders, the lobe or the sternum area. It has a tonality of flesh-colored, pink or red and it appears as a consequence of traumatisms, surgical injuries, burns, chicken pox, etc.

The most frequent treatments against the cheloid scars are the radiotherapy, the cryotherapy, the laser treatment, the infiltrations of corticosteroids which will reduce the inflammation, as well as the cosmetic surgery. We have to take into account that such treatments reduce the size of the cheloid scar and it doesn’t disappear totally in most of the cases. The criterion of choosing one treatment or another will depend on the sort of scar and always considering the connection between the advantages and the risks. 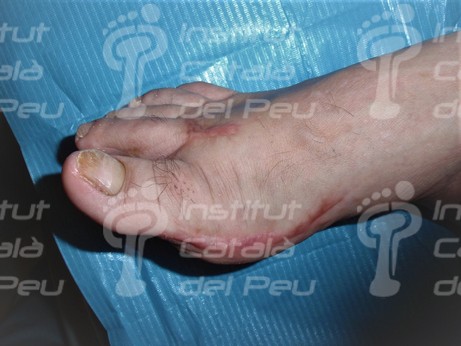 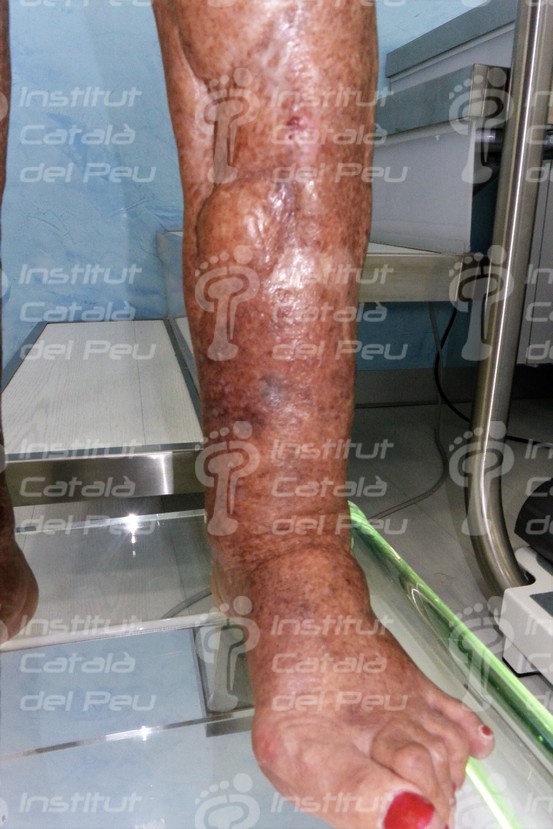 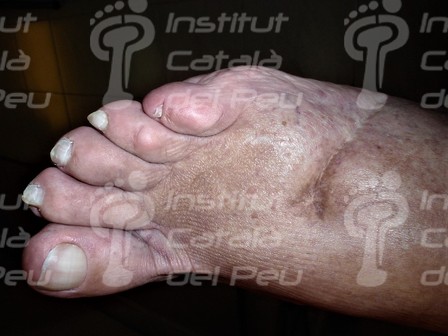 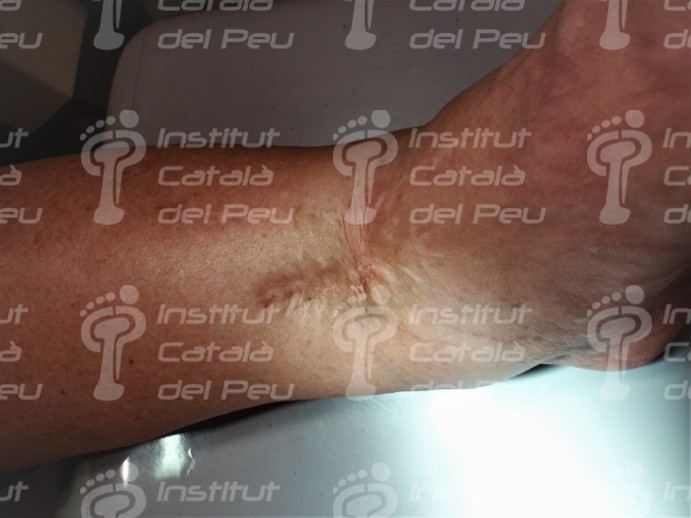 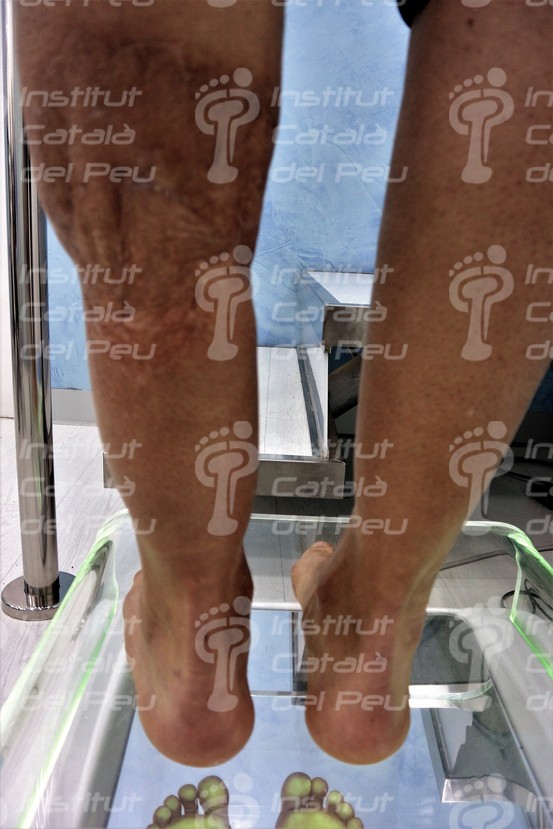 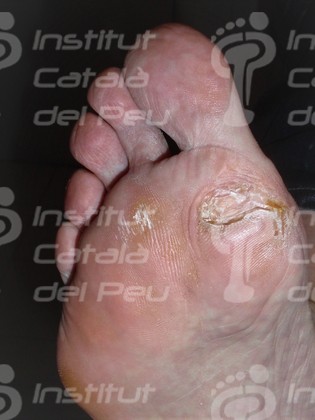 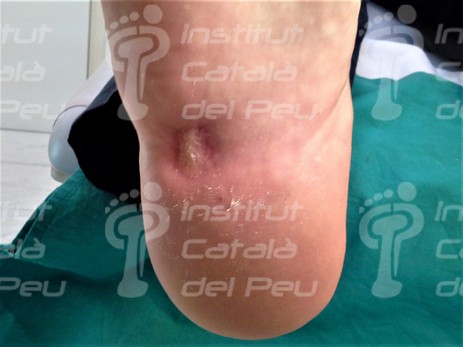 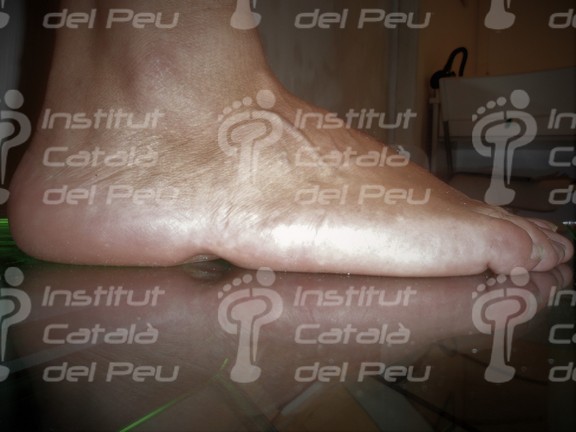 Same example with bipedestation. Watch the lack of adjacent tissue. 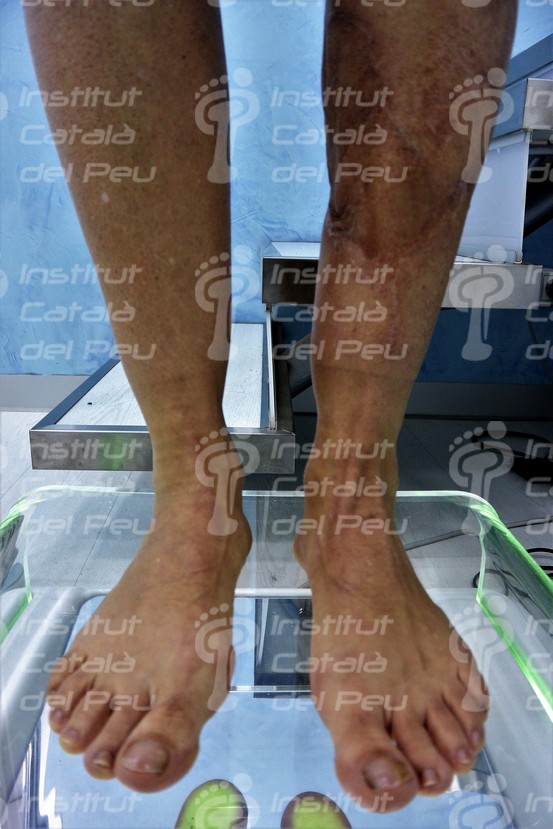