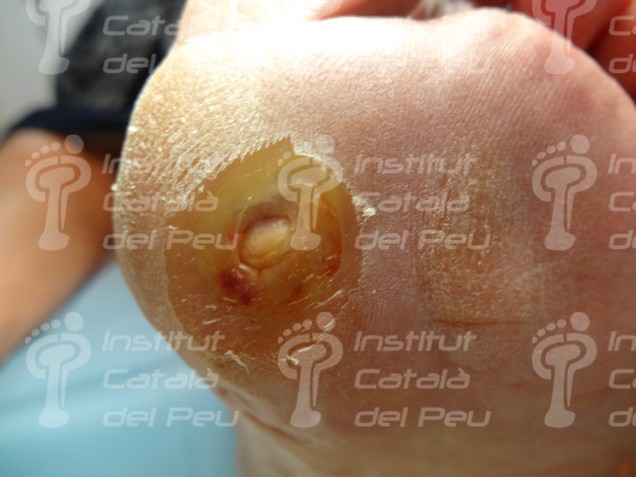 Malum perforans plantar also known as neuropathic ulcer is the most serious complication of the diabetic neuropathy.

This ulcerous lesion in the diabetic foot can have its origin in the motor, sensory or autonomic neuropathy:

1)    Motor neuropathy causes atrophy of the intrinsic muscles of the foot and thus, osseous deformities and articular stiffness, for instance, claw toes or prominences of metatarsal heads at plantar level. Any osseous deformity which does not correctly adapt to the shoe leads to an extremely high risk of the appearance of a neuropathic ulcer.

2)    Sensory neuropathy is a key factor in the formation of malum perforans plantar. In a diabetic patient, the lack of sensitivity together with an anatomical deformity of the foot will turn into a neuropathic ulcer through hyper-pressure in the short term.

3)    Autonomic neuropathy causes cutaneous dryness and cracking. These small dermic alterations may develop negatively and become the prelude of a neuropathic ulcer. The appearance of cracks in the skin of the diabetic patient, is a risk of infection and more so if they are accompanied by a vascular disorder.

Malum perforans plantar appears as a rounded morphology dermic lesion and it is accompanied by hyperkeratosis or calluses. It is painless so some diabetic patients do not pay attention to it until it is in a more advanced stage. It is a very clean ulcer and appears in the areas of the foot submitted to greater pressure.

We will not always find a pure neuropathic ulcer but in many cases it will have an ischemia component to a larger or smaller degree. In the case there are no vascular alterations, the foot, which is affected by a neuropathic ulcer, will show palpable pulses and have a pink cutaneous colour with a good temperature.

When we begin the treatment of a neuropathic ulcer it is important to make an x-ray to evaluate the existence of osteitis, a culture to find out the root cause as well as the application of a broad spectrum of antibiotics until we have the result of the culture. If the neuropathic ulcer does not evolve favourably in the following weeks, it is advisable to make an osseous gammagraphy with marked leukocytes with the aim of ruling out a possible osteitis previously undetected.

The treatment is complex and it must be multi-disciplinary. The professional facing this kind of alteration should:

The impossibility of a good cicatrisation of the neuropathic ulcer will be associated with a peripheral vascular disease (due to its ischemic component), bad praxis in the relief of the ulcer or the appearance of osteomyelitis.

The failure of the conservative treatment to heal the neuropathic ulcer will lead to surgical treatment directed at making the mechanical osteotomies in order to relieve the ulcerous lesion from the pressure exerted by the bone providing an effective result in the short-term. In the cases where there is osteomyelitis, surgery will be directed at the resection of the affected area. 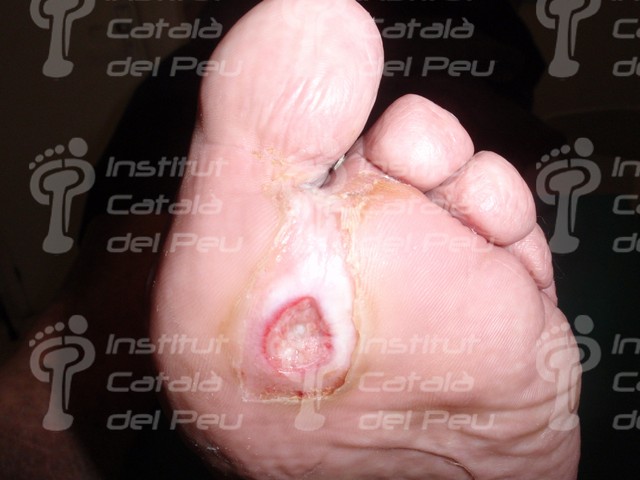 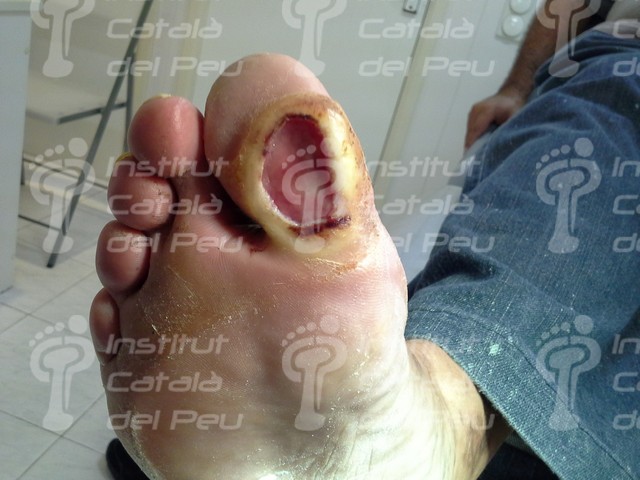 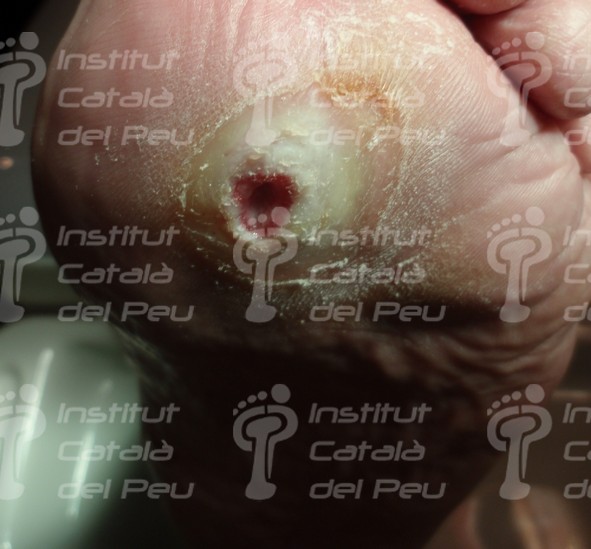 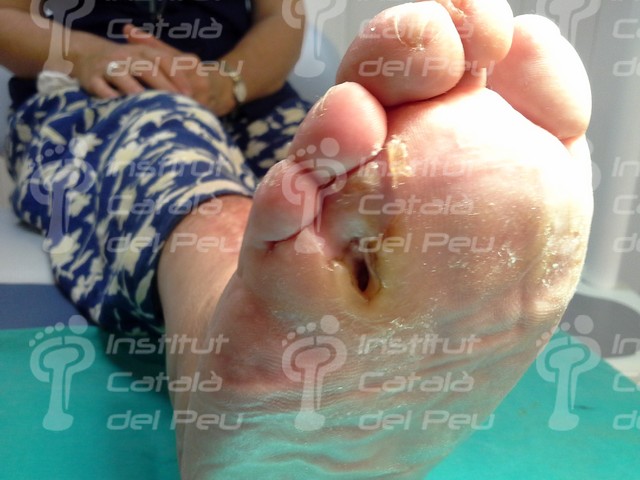 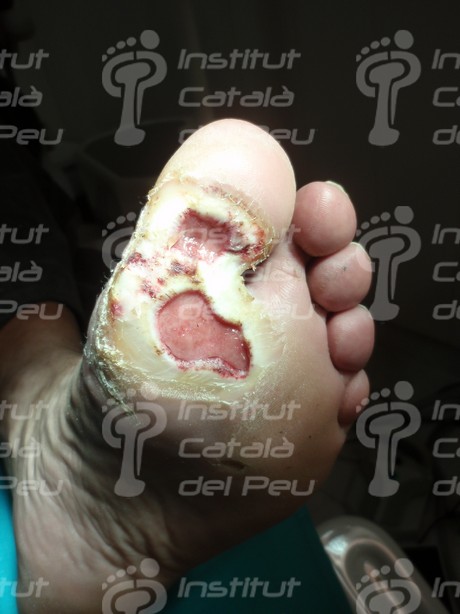 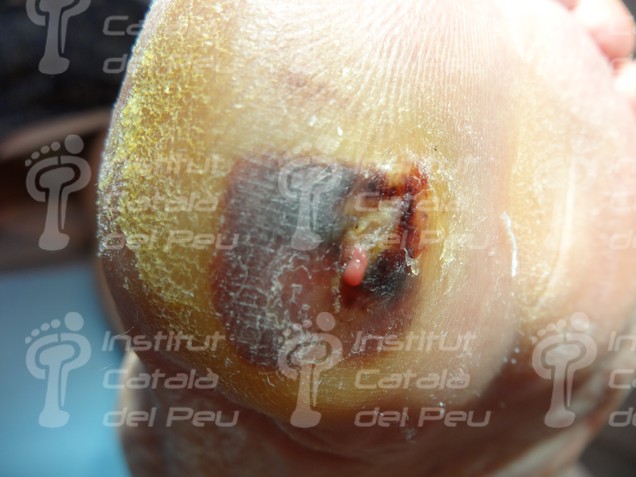 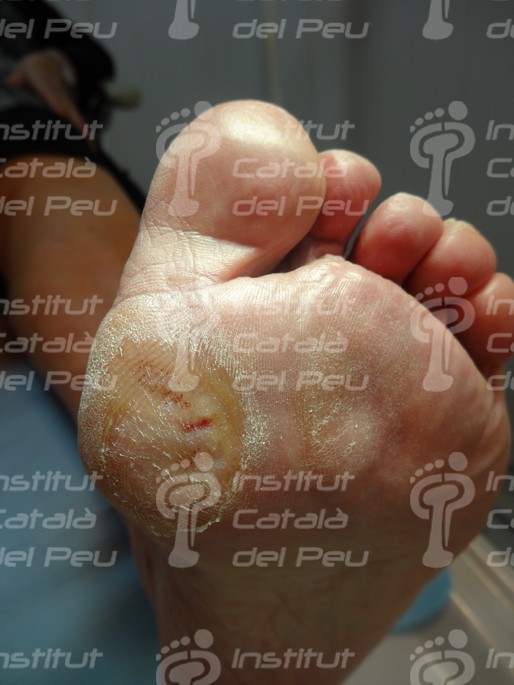 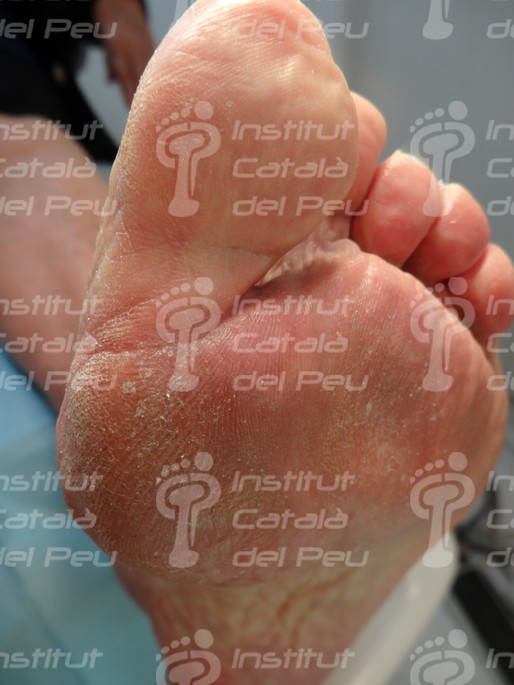 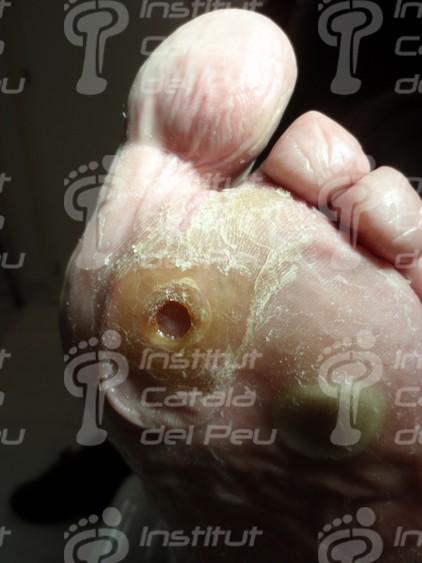 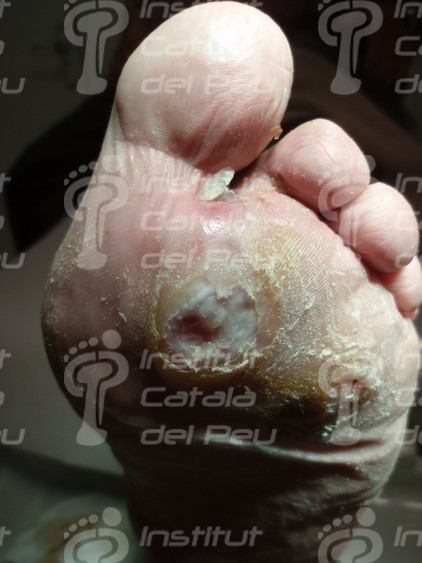 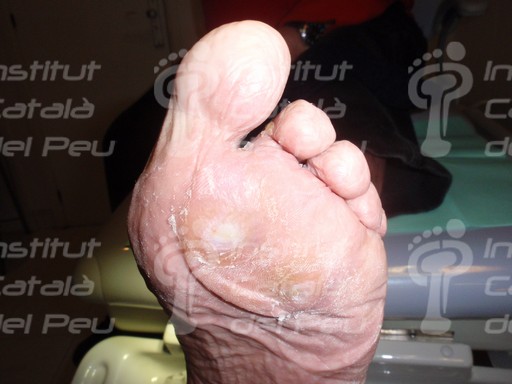